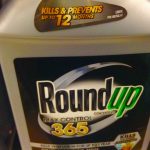 Officials have signaled they may eliminate the age requirements for working with toxic chemicals on farms and other worksites.

If the Environmental Protection Agency follows through with a reform now under consideration, teenage farmworkers and other working minors would once again be allowed to handle dangerous pesticides while on the job.

The EPA is now reevaluating a 2015 rule that tightened safety standards for farmworkers. In particular, the agency is considering changing or scrapping the requirement that anyone working with pesticides in agriculture be at least 18 years old.

Doctors had called for those restrictions to be put in place because pesticides can increase the risk of cancer or impact brain development in children.

The EPA may also tweak or do away with the age requirements of another recent rule, which spells out who can be certified to be an applicator of the chemicals that the EPA classifies as the most toxic. That could make it legal for minors to work with what are known as “restricted-use” pesticides, like arsenic and methyl bromide, in a host of industries beyond just agriculture, such as landscaping and pest control.

Restricted-use pesticides are not sold to the public for general use because of how dangerous they can be to people and the environment.

The EPA placed two notices of the potential reforms in the federal register in late December, while Congress was wrestling with its massive overhaul of the tax system. The agency said it was taking a second look at the regulations “as part of the President’s Regulatory Reform Agenda,” which takes aim at rules “appropriate for repeal, replacement or modification.”