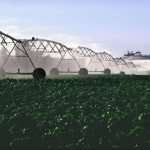 The permits were issued after a 2016 opinion from state Attorney General Brad Schimel prevented the DNR from considering the total impact of proposed and existing wells on nearby waterways.

The environmental group Clean Wisconsin filed the original lawsuit and it maintains the DNR has a constitutional duty to protect state waterways and that these wells can lower the water levels of lakes and streams.

A high-capacity well can withdraw more than 100,000 gallons of water a day, according to the DNR’s website.

In the case of the eight revoked permits, the DNR had found that these wells would be harmful to local waterways before Schimel’s opinion was issued.

Circuit Court Judge Valerie Bailey-Rihn ruled on the side of Clean Wisconsin, which argued the DNR has a duty under the state Constitution’s Public Trust Doctrine to protect local waterways.

“As indicated, there is no dispute that there were cumulative impacts, that were considered by the DNR,” wrote Bailey-Rihn in her decision. “Absent the attorney general opinion, the DNR would have denied all but one of these well applications as impacting navigable waters.”

The cumulative impacts of these wells on local waterways have to be taken into account when issuing high-capacity well permits, said Bailey-Rihn.