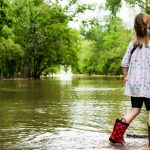 Anchored in flood-prone areas in every American state are more than 2,500 sites that handle toxic chemicals, a New York Times analysis of federal floodplain and industrial data shows. About 1,400 are located in areas at highest risk of flooding.

As flood danger grows — the consequence of a warming climate — the risk is that there will be more toxic spills like the one that struck Baytown, Tex., where Hurricane Harvey swamped a chemicals plant, releasing lye. Or like the ones at a Florida fertilizer plant that leaked phosphoric acid and an Ohio refinery that released benzene.

Flooding nationwide is likely to worsen because of climate change, an exhaustive scientific report by the federal government warned last year. Heavy rainfall is increasing in intensity and frequency.

At the same time, rising sea levels combined with more frequent and extensive flooding from coastal storms like hurricanes may increase the risk to chemical facilities near waterways.