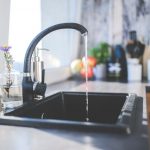 ARMENIA, Wis. — The groundwater that once ran cool and clean from taps in this Midwestern farming town is now laced with contaminants and fear. People refuse to drink it. They won’t brush their teeth with it. They dread taking showers.

Rural communities call it their own, private Flint— a diffuse, creeping water crisis tied to industrial farms and slack regulations that for years has tainted thousands of residential wells across the Midwest and beyond.

Now, fears and frustration over water quality and contamination have become a potent election-year issue, burbling up in races from the fissured bedrock here in Wisconsin to chemical-tainted wells in New Hampshire to dwindling water reserves in Arizona. President Trump’s actions to loosen clean water rules have intensified a battle over regulations and environmental protections unfolding on the most intensely local level: in people’s own kitchen faucets.