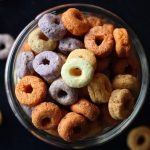 The European Union prohibits or severely restricts many food additives that have been linked to cancer that are still used in American-made bread, cookies, soft drinks and other processed foods. Europe also bars the use of several drugs that are used in farm animals in the United States, and many European countries limit the cultivation and import of genetically modified foods.