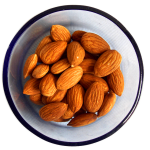 The primary manufacturer of a pesticide banned by California and the European Union said it will no longer produce the chemical.

Corteva, formerly Dow Agrosciences, said Thursday — the day the pesticide’s sales were officially halted in the state — that it will end production of chlorpyrifos by the end of this year.