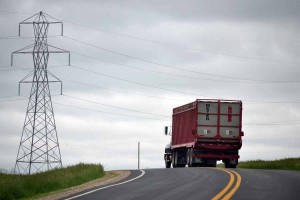 Truck mounted implements of husbandry are commonly used in agricultural transport. It is important to know the regulations related to operating trucks on the road.

This article was originally printed in the Professional Nutrient Applicators of Wisconsin newsletter “The Spreading Log”, April 2013. Posted with permission.

In Wisconsin, implements of husbandry are afforded certain exemptions from roadway limits that other commercial motor vehicles must comply with. In what may prove to be an important decision for manure haulers and farmers throughout Wisconsin, the District III Wisconsin Court of Appeals, issued an opinion earlier this month declaring that a manure spreader, owned and operated by a Pepin County dairy farmer, is not an implement of husbandry, but is a commercial motor vehicle and is subject to relevant state highway roadway limits.

The case began after the manure application vehicle was involved in a crash, and a vehicle inspection resulted in a state police officer issued a series of citations to the Pepin County dairy farmer. The citation involved in this case was for operating a vehicle more than 8 feet, 6 inches wide. The vehicle cited was a truck with a large solid manure spreader. The vehicle was used to transport and apply manure to fields, some of which are located a distance from the dairy farm that required the vehicle to be operated on a highway.

In determining whether the manure spreader constituted an implement of husbandry, the Court of Appeals analyzed the statutory (legal) definition of the term, which contains both a definition and an exception. An implement of husbandry is “a vehicle or piece of equipment or machinery designed for agricultural purposes, used exclusively in the conduct of agricultural operations and used principally off the highway, or a trailer-mounted bulk fertilizer container” (§340.04(24)(a), Wis. Stats.); however, this definition does not include “any motor truck, farm truck, road tractor, or farm truck tractor or such a vehicle combined with a semitrailer, trailer or farm trailer, when the vehicle or combination is a commercial motor vehicle operated on a highway” (§340.01(24)(b), Wis. Stats.).

The court determined that to resolve the matter, it only needed to determine if the manure spreader falls within the exception— the second part of the above-sited statutory definition. To that end, the court first determined that the manure spreader is a “motor truck” as defined by stature because it is designed and used primarily to transport large quantities of property (manure) See §340.01(8)(a), Wis. Stats. The court then concluded that because the manure spreader was used on a highway, it clearly falls within the second part of the above-cited statutory definition and is not an implement of husbandry.

The court noted an important textual difference between (a) and (b) of the above-cited definition: (a) requires a determination whether a vehicle is “used principally off the highway” whereas (b) only requires a determination that a vehicle is “operated on a highway.” Because the court determined that (b) is the only relevant provision, there was no need to consider whether the manure spreader is used principally off the highway—it was enough that the manure spreader was used once on the highway.

The court further recognized a potential inequity in the outcome because trailer-mounted bulk fertilizer contain-er are considered implements of husbandry but manure spreaders, which perform essentially the same task, are not implements of husbandry. However, the court concluded that such inequity must be resolved by the Legislature, not the courts.

Practically speaking, this decision requires manure haulers to be aware of roadway width limitations whenever transporting manure on a highway. The appeals court determined that the vehicle met the 340.01(24)(b) definition, therefore, as a truck it could be no wider than 8 feet 6 inches. The citation issued to the farmer reads, “The vehicle was 8 ft. 10 inches due to the tires”.

Furthermore, this decision puts a finer point on the need to evaluate the current framework for defining and regulating implements of husbandry and sets the table for possible legislative reform. 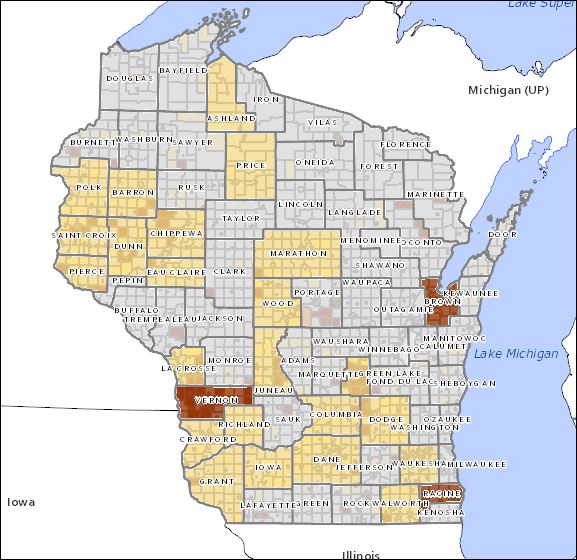 Plan your route for IoH and Ag CMVs by checking local road options. Options can change yearly so check your routes.

The Wisconsin Department of Transportation website is the official site for information on Wisconsin Act 377.

To obtain a copy of the No Fee Permit Application, IoH/Ag CMV weight table or a copy of a local road authority ordinance or resolution go to:
www.AgVehicles.DOT.wi.gov