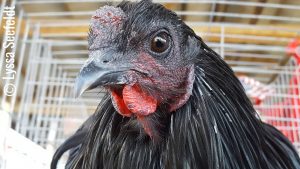 “New is always bad!  Never not be afraid.”  Remember these words of wisdom from the fictional animated movie, The Croods.  These words are often how livestock animals react to new situations.  When an animal has not encountered a situation before, they often hesitate to assess what is going on around them.

At some point in the course of raising animals, whether that is poultry, cattle, pigs, sheep, goats, horses, or some other critter, you will inevitably be moving them around your property.  One of the easy mistakes to make as an animal owner is in how you approach animal handling.  Mistakes in animal handling can lead to cuts, scrapes, bruises, broken bones, or worse.  When going about your daily routine it is easy to want to “hurry up” and get things done. Trying to rush animals, however, ultimately ends up with the task taking longer than it should have.  When working with animals, “slow is fast”.  Working calmly and quietly pays dividends when it comes to getting animals to go where you want them to go.

One of the things that we should remember when working with livestock is that most domestic animals are prey species.  In the wild prey species have different behaviors than meat-eating predators.  Most prey foraging behaviors (such as grazing) put the animal in a vulnerable position in terms of sight.

Being aware of this eye placement and the cost of the large field of vision, animal handlers can adjust their handling to work with the prey animal’s (livestock) natural tendencies.  The poor depth perception of the eyes of livestock often leads to the animal stopping to investigate changes in flooring.  Novel items near the animal’s face level while moving can distract the animal, leading to unexpected stopping.  Shadows cast on the floor can also cause issues.  All of these seemingly small things can be a big deal to livestock and interrupt their movement.

As animal handlers, it is our job to eliminate and remove distractions where possible.  Sometimes that means walking down handling areas to ensure that a fly-away plastic bag is removed from an alley.  To an animal, that plastic bag may seem to be a predator waiting to jump out at them.  Other times it may be that we need to add some lights near a barn entrance to lessen the change in lighting which could cause baulking.  To the animal, not being able to see into the dark makes hesitation a prudent choice to avoid a potential lurking predator.  Taking the time to do these little things ahead of moving livestock will save you frustration later.

Note: This article originally was published in the Marquette County Tribune, Waushara Argus, and/or the Berlin Journal.  This article was written by Lyssa Seefeldt, UW-Extension Agriculture Agent for Marquette County unless otherwise noted. Listen to a related podcast clip on how livestock see from agriculture.com 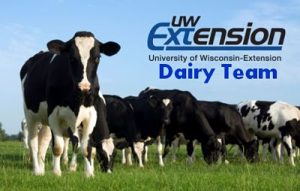