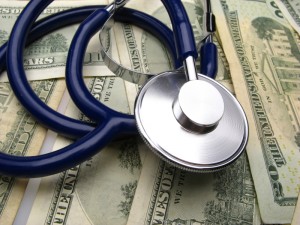 Peggy Olive: I like to think about it in terms of financial well-being and being well-rounded with your money and that’s going to look a little bit different for everybody; but there’s a few factors that people who do feel like they have a good handle on their money have in common, such as having a handle on their daily spending, having some kind of plan for emergencies, making progress toward their financial goals and then have just a little bit of wiggle room so they can have some fun with their money, too.

Peggy Olive: I would say the first step is starting with your day to day spending, knowing how much money is coming in knowing how much you need to pay out for all of your regular bills and then there is no such thing as a typical month. You might have regular bills and then…that’s starting to plan ahead for those little things that might come up. A great way to start to get a handle on what’s coming and going is have some way to track your spending.

Lorre Kolb: Financial well-being doesn’t mean having to deprive yourself of all the fun stuff, but being able to have money for the extras.

Peggy Olive: Yes and that’s absolutely one of the factors involved in people who say that they feel pretty good about where they’re at with the finances is they include in that day to day spending a little bit of wiggle room. So getting a few of what we might think about those wants in addition to the needs. So build that right into your budget and have a little money set aside for entertainment in addition to those unexpected expenses.

Lorre Kolb: What are some tips for feeling good about your money?

Peggy Olive: In addition to having a handle on your day to day spending, which includes a little bit of wiggle room for fun and then also having some kind of plan for emergencies, then the next thing to focus on is your own financial goals because we know people that feel good about their finances are also looking to the future. They’re setting aside a little bit of money to help reach those goals. Just feeling like you’re making progress, you’re setting aside a little bit of money really helps people feel like they’re moving toward their future and moving toward a better future.

Peggy Olive: Yes, we think about credit as a tool. So if you don’t have the money saved and if you don’t have it in your current paycheck it is another option to borrow money or put it on a credit card, knowing that depending on the interest rate it will cost you more than if you saved it up ahead of time or can pay in cash and also making sure you have a plan. Whenever I borrow money how am I going to pay it off because that money is going to have to come out of a future paycheck and at some point the spending is going to have to be cut back just to make up that extra wiggle room.