For both 2003 and 2010, loggers were asked to qualitatively assess their company’s profitability.  Possible responses ranged from “very poor” to “excellent” with a mid-point indicating “average/broke even” (“good” and “excellent” are combined for analysis). In both 2003 and 2010 approximately 10% of businesses reported “very poor” profits.  Also in both reporting years, over two-thirds of firms report “average”, “good”, or “excellent” profitability.  However, there appears to be a drop in terms of those reporting “good” or ‘excellent” profitability for 2010 compared to 2003. 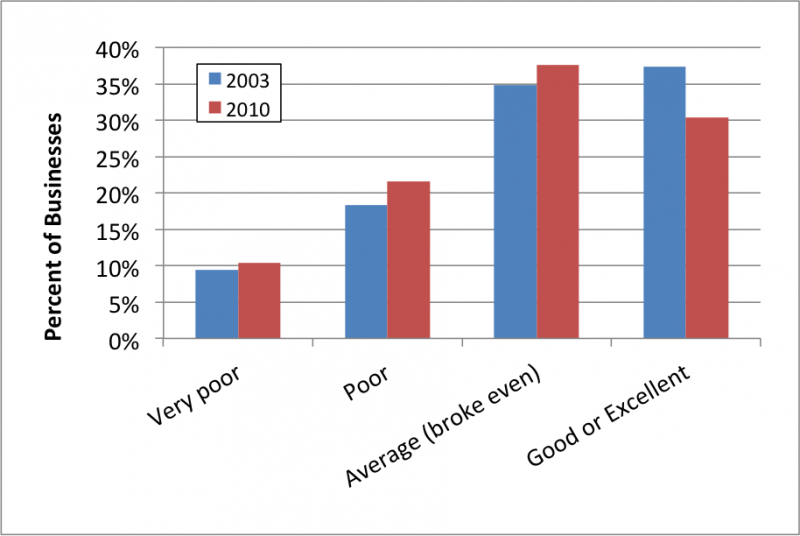 1 We calculated “unused logging capacity” by subtracting total annual production (reported last week) from what businesses reported they could have produced. As such, our measure does not reflect the sources of unused capacity, such as weather conditions, lack of sales, equipment, etc. More technical and detailed measure of logging capacity are available, but were beyond the scope of this study. 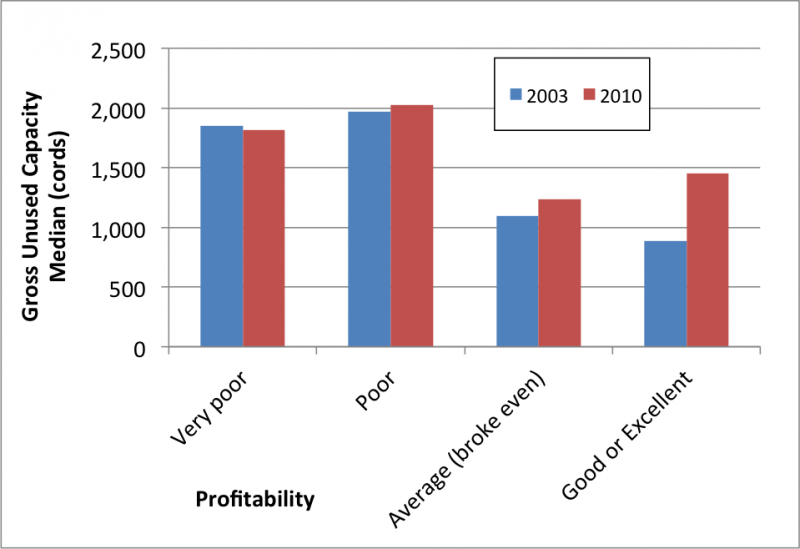 2 For our purposes, “productivity” equals total annual production divided by what businesses reported they could have produced (i.e., full production) in that year. We express this as a percentage. This is the inverse of the unused logging capacity as a percentage of full production. Again, more technical and detailed measures of production are available, but were beyond the scope of this study. 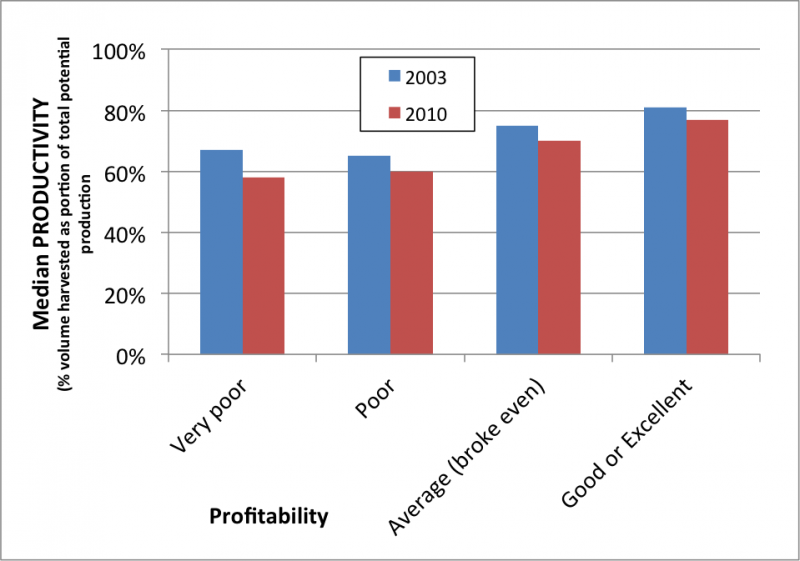 Moving away from profitability and looking at unused logging capacity by harvest system, we see little change or difference in the cordwood volume of unused logging capacity by system between 2003 and 2010. The exception is for multiple systems with an increase of over 1,000 cords. However, recall from last week that multiple system median volume increased by nearly 2,000 cords from 2003 to 2010. 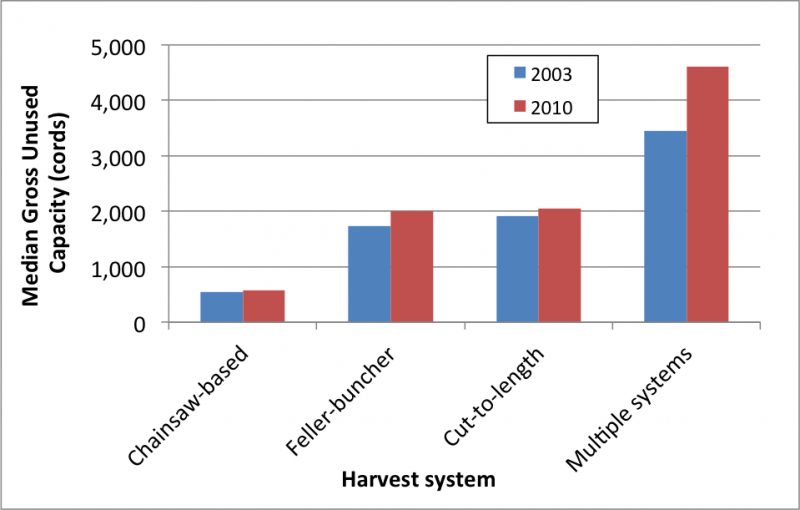 Comparing productivity by harvest system, our data indicate that feller-buncher based harvest systems had the lowest percentage (< 60% in both 2003 and 2010) and clearly stands out compared to the other systems, particularly in 2010. 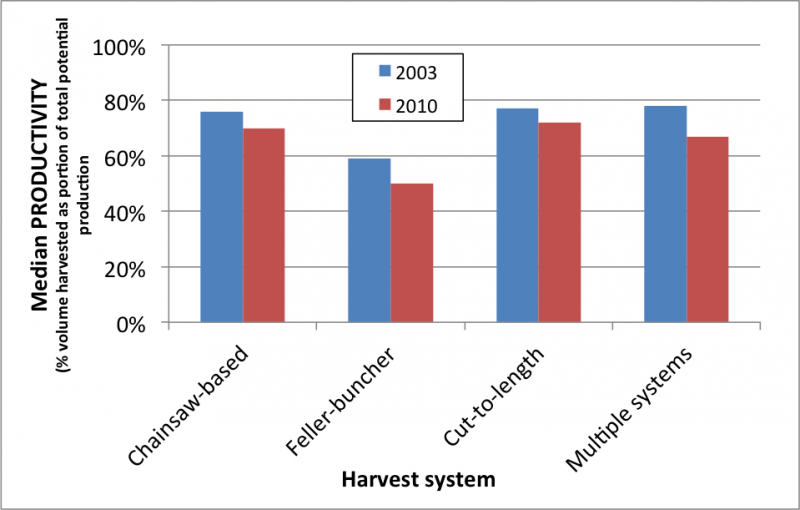