Wisconsin loggers are the backbone of the wood products industry, a primary contributor to the Wisconsin economy and the sustainable management of forests in the state.  In 2003 the median age of a logging business owner was 46, with most falling in the 35-54 year range. In 2010, we found that business owners had nearly “aged in place” with the median rising to 52 years and most in the 45-64 year range. Notably, the percentage of owners who have spent 30 or more years logging (not necessarily as an owner) in 2010 was nearly double that of 2003. 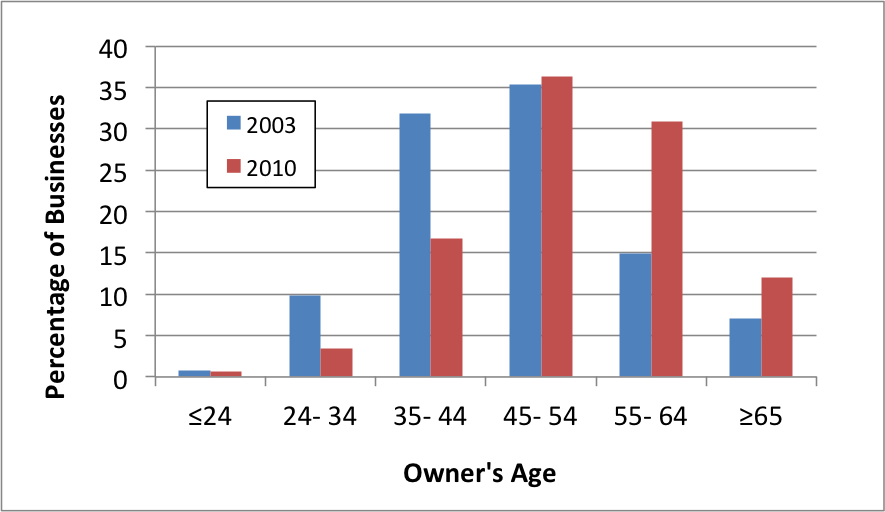 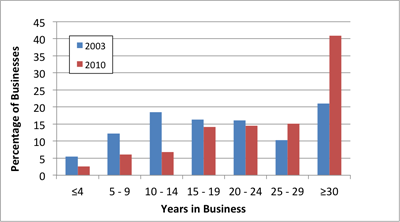 When comparing both the owner age and the years in business charts, a stark picture emerges. The graying of the logging sector is continuing, and few new owners and businesses are entering the sector. Wisconsin is not alone in this experience, as similar results are present in studies elsewhere in the region (Minnesota Logger Education Program press release, undated) and the USA (Baker and Greene 2008).

Adding to this concern is that in the 2003 survey, 22% of Wisconsin logging businesses did not expect to be in business in five years. We found that the logging sector actually lost about 20% of firms between 2003 and 2011, which is fairly close to the 2003 estimate.  While only 7% of respondents to the 2011 survey were new owners.

What may be more disturbing given the trends in reporting and follow up from the 2003 survey is that results of the 2011 survey also indicate that nearly 21% of responding firms do not expect to be in business in five years.

Related to business retention is the future of family-run logging businesses. In 2003 and 2010, 78% and 72% of loggers reported that their companies were family-run, respectively.  For purposes of our studies, a family business was defined as “one in which the family plays a central role in the leadership and daily workings of the business and includes at least two family members.”  In reviewing the graph below, there has been a noticeable shift. In 2003, 26% of family businesses reported that a family transfer was “very likely”. In 2010, that portion dropped to 16%, with most of the difference going to two categories: “somewhat unlikely” and “don’t know”. 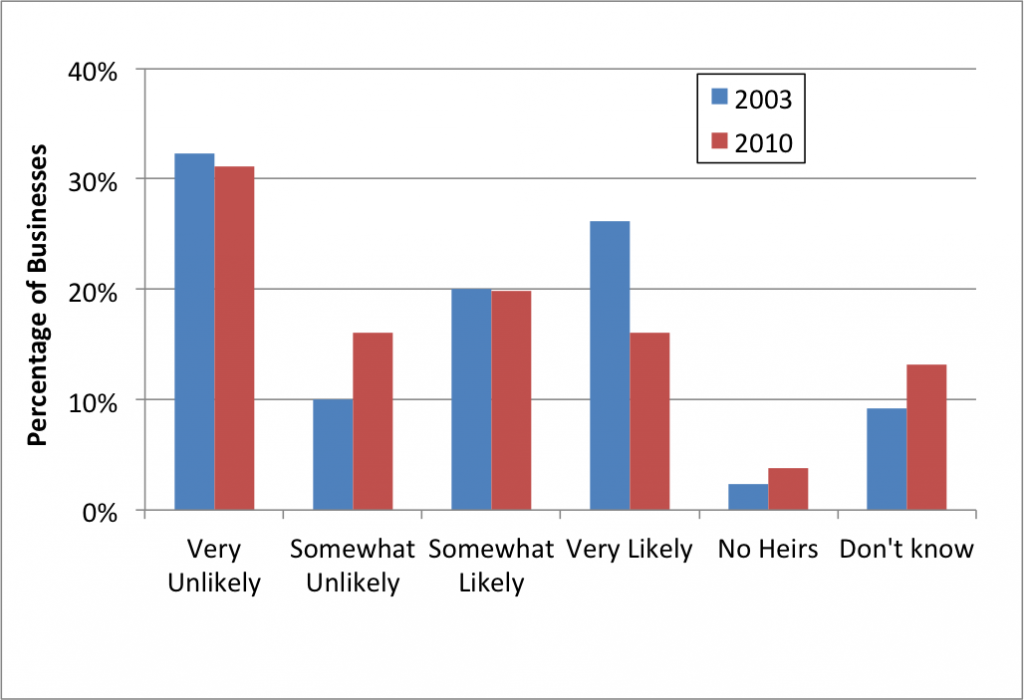