Across all three surveys, loggers were asked to qualitatively assess their business’ profitability. Possible responses ranged from “very poor” to “excellent” with a mid-point indicating “average/broke even” (“good” and “excellent” are combined for analysis). In all three periods, approximately 10% of businesses reported “very poor” profits, while roughly one-third reported average (i.e., break-even) profitability. The difference is seen in reports of “poor” and “good or excellent” profitability. Notably, data suggest that self-reported profitability was better in 2016 than in the two prior survey periods. 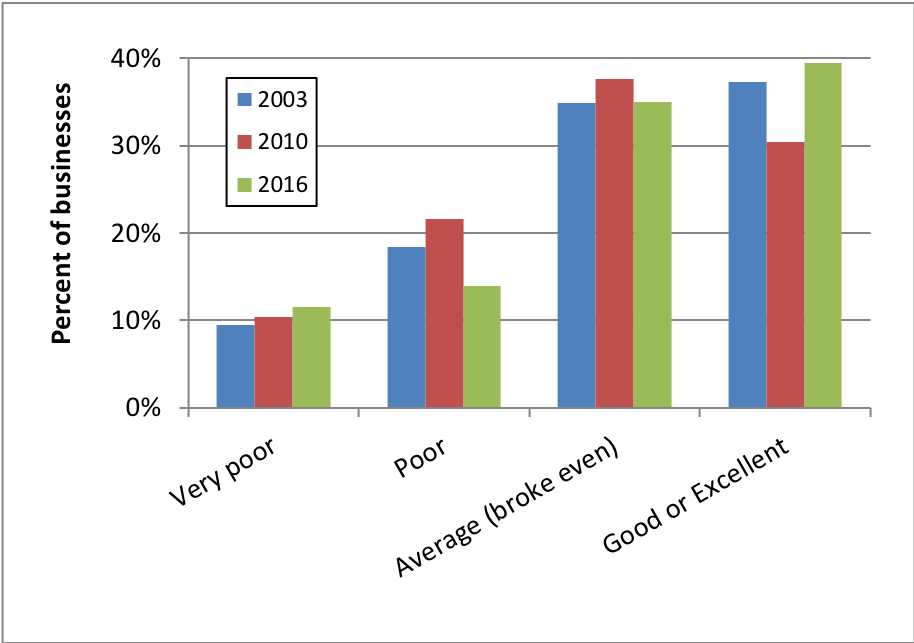 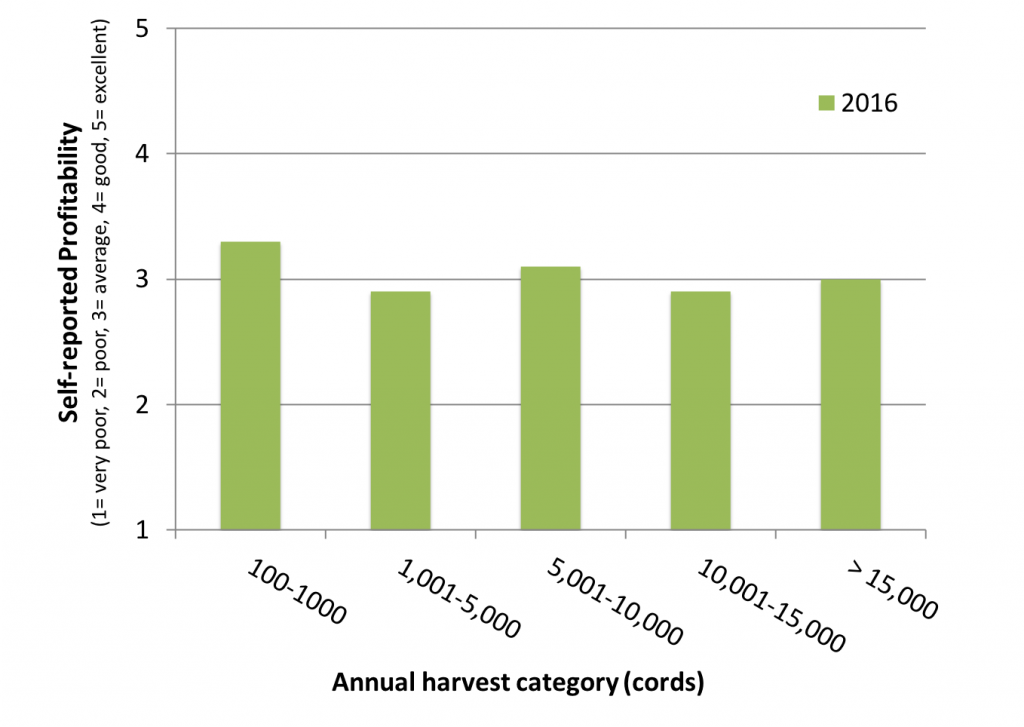 One aspect that might affect profitability is logging capacity. How we measured capacity in the 2016 differed from that of prior surveys. As such we report on the more recent data only. You can review this 2010 post for prior results. 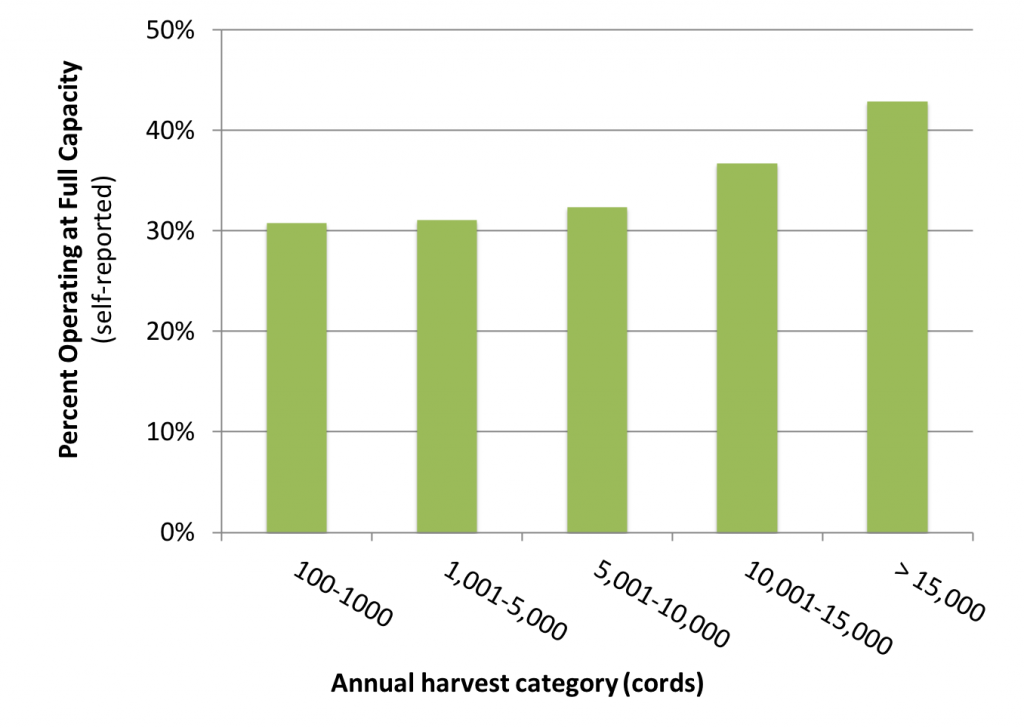 For the remaining 66% that were not operating at full capacity we wanted to estimate their efficiency. That is, how much they produced compared to what they could have produced. To do this we asked what additional volume (AV) they could have produced. We used this value and their self-reported total production volume (TPV) to calculate a simple measure of efficiency where Efficiency = TPV/(TPV+AV). Not unlike the previous graph, efficiency was highest for the largest businesses (> 80%). Given that the largest businesses tend to have larger capital investments in equipment and stumpage, they likely need to maximize productivity. Smaller businesses may not have such requirements. 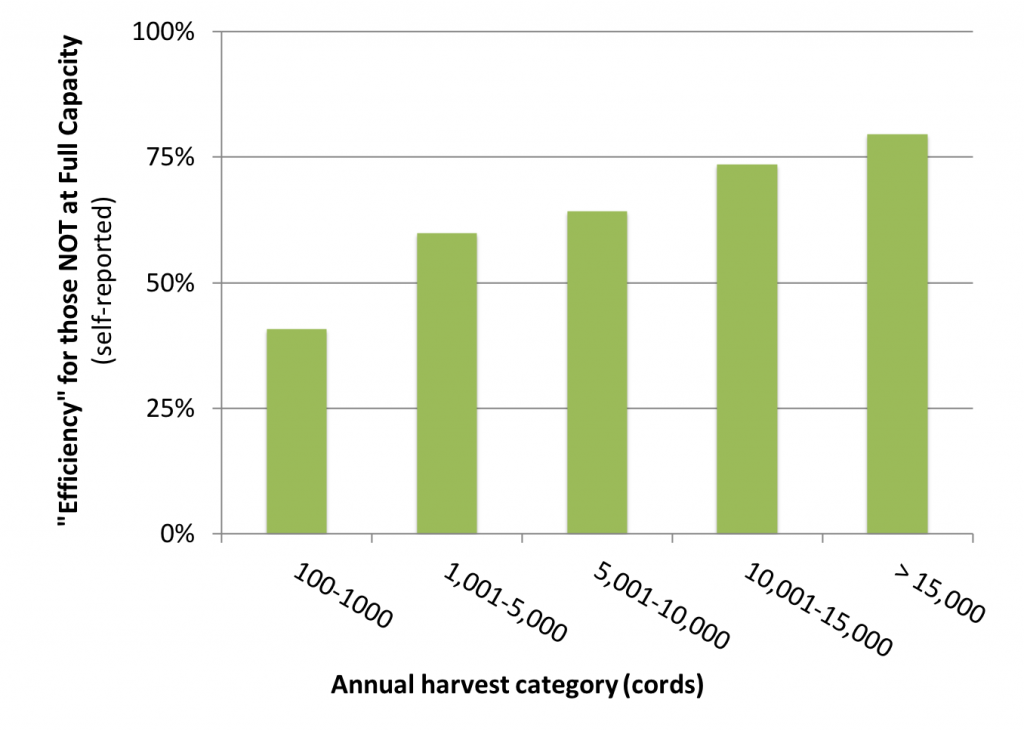