As most people familiar with the logging sector know, capital investment is an essential component. Capital is needed for equipment and, for most businesses, the purchase of stumpage (i.e., the rights to cut standing trees). In the most recent questionnaire, we altered how we asked questions about capital investment, thus comparisons to prior studies isn’t presented here (2003 and 2010 comparisons are here).

Harvest system. Not surprisingly, those logging businesses that rely solely on hand-felling have relatively low capital investment (greater than 96% with less than $250K, see figure below). With traditional feller-buncher and cut-to-length systems, the needs for separate equipment for harvesting, in-woods transport, and in some cases, in-woods processing, capital investment increases. 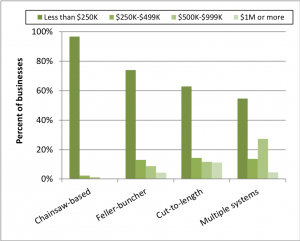 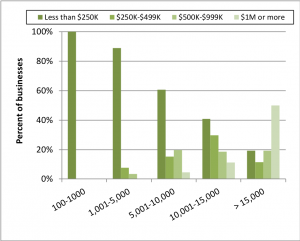 As to what that capital was invested in, roughly 60% was in logging equipment (including log trucks for those who owned them). Stumpage was next accounting for between 31% and 40%. Interestingly, the catchall “other” category shows a difference between businesses that cut 10,000 cords or less versus those cutting more. The former had “other” capital investments totaling 6% versus 1-2% for the latter. Additional analysis of this question and others will explore why this might be, but one possibility might relate to economies of scale. Certain fixed costs (such as renting buildings, etc. ) might be relatively similar for all businesses, but larger ones might have this as a smaller component of their overall investment. 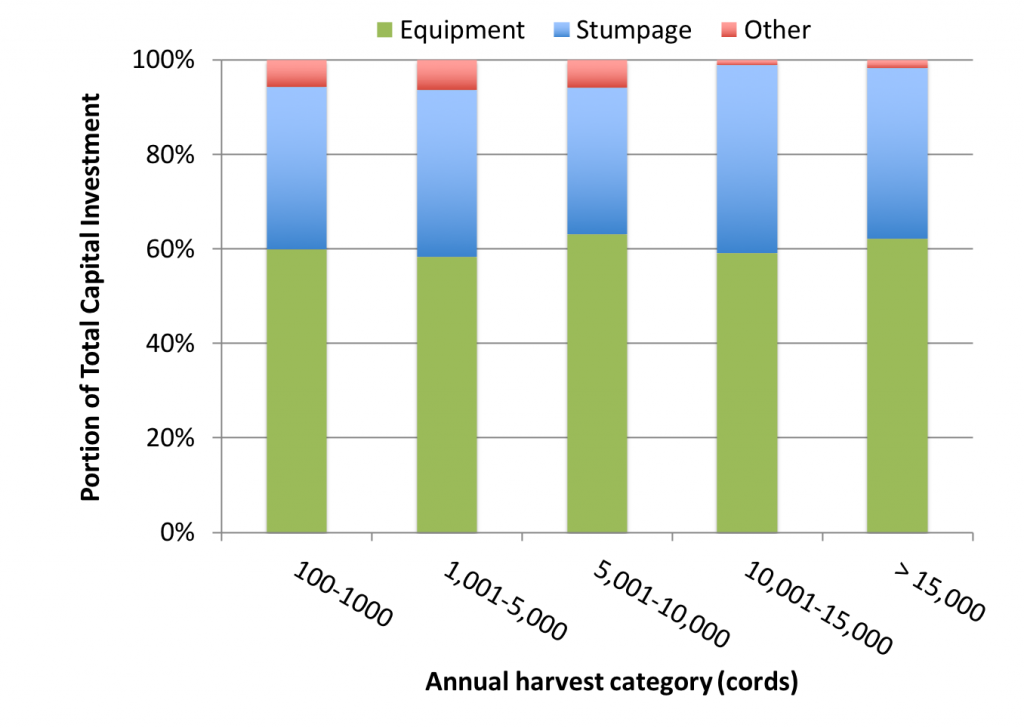 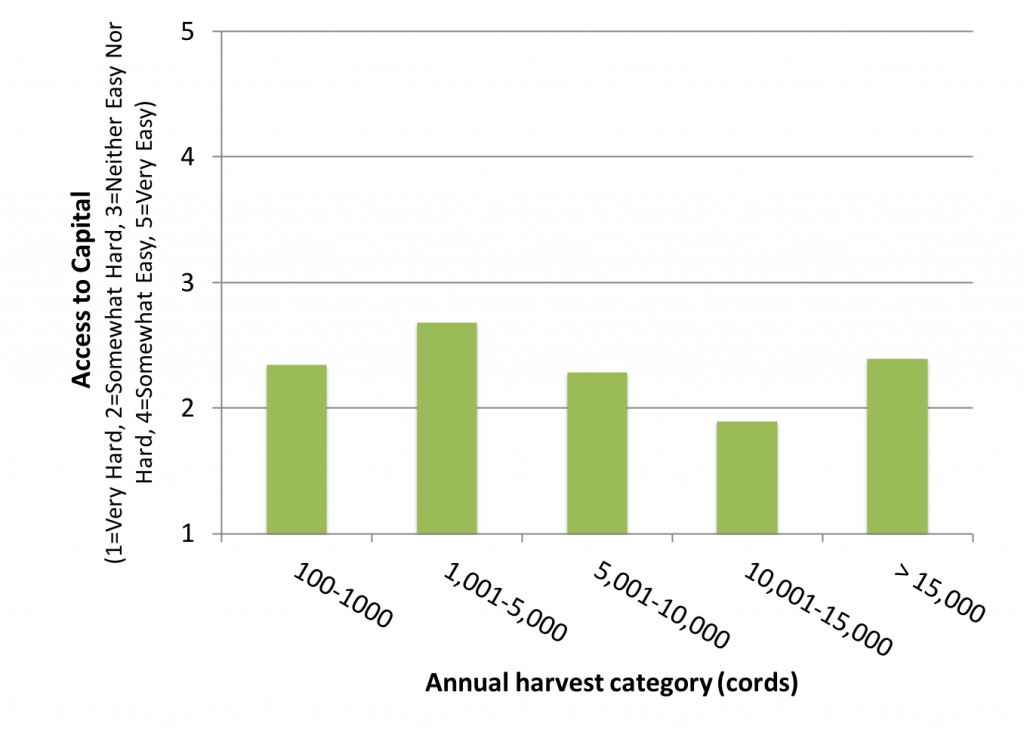