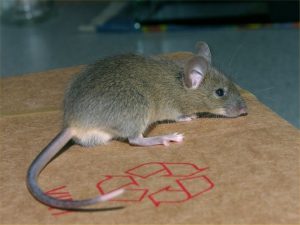 If approved by the Environmental Protection Agency, alphachloralose, a new rodenticide will be the first new active ingredient approved for rodent control in 20 years.

The current slate of registered rodenticides includes 10 active ingredients grouped as first- and second-generation anticoagulants (such as warfarin and brodifacoum) and the non-coagulants (such as cholecalciferol and zinc phosphide). While all work well, they do have potential non-target problems, such as human and pet poisonings or secondary predator/scavenger poisonings from eating rodents killed by the products. The new active ingredient, alphachloralose, is less toxic to humans and poses fewer risks for pets and secondary poisonings.

Alphachloralose has been used in other countries as a rodenticide an avicide (bird control) and even as an anesthetic.  It acts by lowering body temperature in animals. Mice ingesting it experience hypothermia, enter a chemical-induced sleep and die within as little as a few hours. The EPA says risks from secondary exposure will be low because alphachloralose is metabolized rapidly. Also, the product will only be labeled for indoor use, which will mean little risk of exposure for animals outside of structures.

Alphachloralose is only lethal to small animals like house mice. Even if children or large animals were to ingest alphachloralose, they are unlikely to be affected by body temperature changes caused by this chemical.

To minimize potential risks to children or pets in the home, EPA proposes to include use directions on the pesticide label. Users are instructed to:

As always, follow the label directions. Failure to follow the pesticide label is a violation of law.

The EPA held a public comment period for the proposed product registration, which ended Oct. 22, 2019. It is not known when a final decision will come to approve alphachloralose.