In 2015, the Environmental Protection Agency revised the Worker Protection Standard (WPS). Part of that revision included something called an “Application Exclusion Zone” (AEZ). The AEZ is an area surrounding a pesticide application that the handler, or applicator, must make sure is free of all people other than appropriately trained and equipped handlers. Due to feedback on the original AEZ, the EPA has modified some of the requirements. The agency says these changes will clarify and simplify the AEZ rule.

A bit of background: the WPS is a regulation intended to reduce the risks of illness or injury to workers and handlers resulting from occupational exposures to pesticides used in the production of agricultural plants. The WPS was first enacted in 1992 and was later revised in 2015. Because the WPS deals with people on agricultural establishments (i.e., farms), it mainly applies to the owners of those farms. However, commercial pesticide applicators doing contract work on agricultural establishments also need to follow some of the WPS rules—this includes the AEZ. The revised AEZ requirements take effect on December 29, 2020.

The EPA also made the following changes to the AEZ provision:

No changes were made to the “Do Not Contact” provision that prohibits a handler/applicator and the handler’s employer from applying a pesticide in a way that it contacts workers or other people directly or through drift.

The changes noted above, along with others, are outlined in the table comparing the original AEZ rule to the revised one. 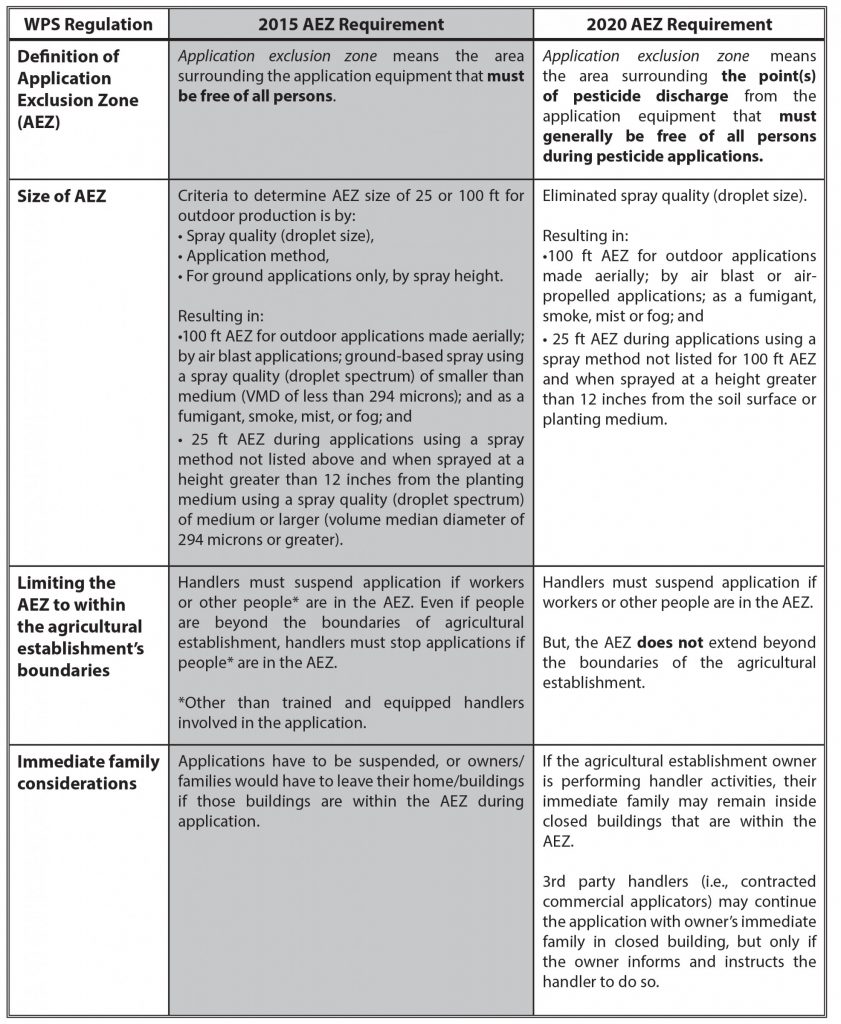 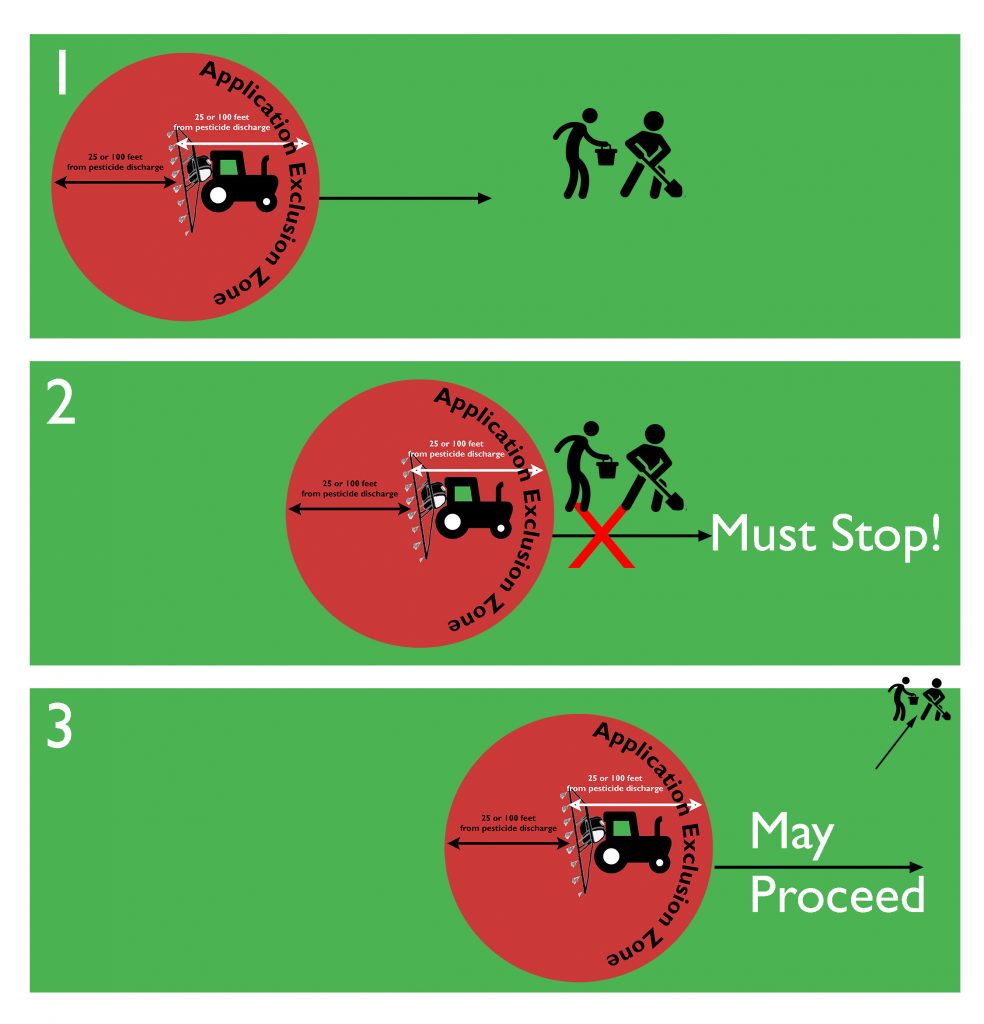 To read the rule in full, visit: EPA Website