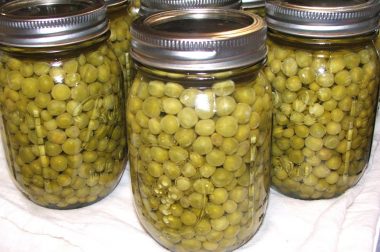 On June 6, 2018, at 1:30 p.m., the New York City Department of Health and Mental Hygiene was notified of three related women who had arrived at a hospital four hours earlier for evaluation for acute nausea, dizziness, blurred vision, slurred speech, drooping eyelids, thick-feeling tongue, and shortness of breath. Within hours, all three patients developed respiratory failure, requiring insertion of a breathing tube. The combination of symptoms suggested botulism, a paralytic illness caused by botulinum neurotoxin, most commonly produced by Clostridium botulinum.

Approximately 14 hours before arriving at the hospital, the patients had shared a homemade potato salad containing home-canned peas. The family’s freezer had malfunctioned, and, to preserve some commercially produced frozen peas, one of the patients had home-canned the peas 1–2 weeks before consumption. Botulinum antitoxin was administered to all patients within approximately 12 hours of arrival at the hospital. All three patients survived but required prolonged intensive care (range = 34–54 days) and rehabilitation.

Patient stool samples, a wash from the empty jar that previously held the peas, and residual food from the salad bowl all tested positive for the presence of botulinum toxin.

The patient who prepared the home-canned peas was a novice home canner. She used a peach preserves recipe with a boiling water technique, replacing the peaches with frozen vegetables. The patient was unaware that low-acid foods (e.g., vegetables) must be canned in a pressure canner rather than a boiling water canner to eliminate C. botulinum spores. After the jars cooled, the patient correctly checked for jar seal. One of the jars of peas was not sealed, so the patient refrigerated it, and the family consumed the peas in the potato salad. The U.S. Department of Agriculture guidelines state that “foods in single unsealed jars could be stored in the refrigerator and consumed within several days”. However, this recommendation applies only to cans (jars) that have been correctly processed. In the absence of a pressure-canning step, C. botulinum spores were not eliminated, and the closed jar created an anaerobic environment allowing spore germination and toxin production.

Peas are a low-acid food and can only be safely canned in a pressure canner. Safe recommendations for home canning of peas are available in the Wisconsin Safe Food Preservation series booklet Canning Vegetables Safely or from the National Center for Home Food Preservation.