The Dells of the Wisconsin River are located at the southern margin of the Central Sand Plains of Wisconsin. These plains are underlain by sand deposition in a large glacial lake. The Dells are characterized by nearly vertical rock cliffs along the river, which are flanked by flat to gently rolling backlands.

The sandstone exposed in the cliffs was formed about 510-520 million years ago during the Cambrian Period. The sandstone in the cliffs were deposited as windblown dune sands, which are characterized by conspicuously inclined layering seen in many places. During their depositions, the seashore lay to the west between the Dells and the Mississippi River. The sea gradually encroached eastward to flood the Dells area, and as this happened, the region was temporarily part of the sandy shore of a seas in which the sandstone above the gorges was deposited.

There is a long gap in the recorded geology following the Early Ordovician. No deposits are known for the interval between 500 million years and the last glaciation of Wisconsin (20,000 years ago). The great continental glacier, the Laurentide Ice Sheet, flowed southward through the Green Bay lowland, over the east end of the Baraboo Hills, and to within 3 miles of the upper Dells. Approximately 15,000 years ago, the ice front dammed the Wisconsin River at a point one mile east of of present Lake Delton to form Glacial Lake Wisconsin, which was about as large as Utah’s Great Salt Lake and as much as 150 feet deep. This lake drowned the Dells area and stretched north across the Central Sand Plains nearly to Wisconsin Rapids. As the glacier began melting about 14,000 years ago, the ice dam failed and the lake drained rapidly southward. Flow from the lake was constricted by sandstone ridges to the west and a moraine southeast of the Dells. As the huge volume of water rushed southward through a gap less than a mile wide, it carved the network of narrow, steep-sided canyons visible today. Within a few days, Glacial Lake Wisconsin’s water level dropped as much as 100 feet. The great flood carved the main Wisconsin Dells corridor, tributary canyons on the east side, and the canyons cutting west of Blackhawk Island and through Rocky Arbor State Park on the west side. It also stripped away the glacial lake deposits from the uplands surrounding these canyons. 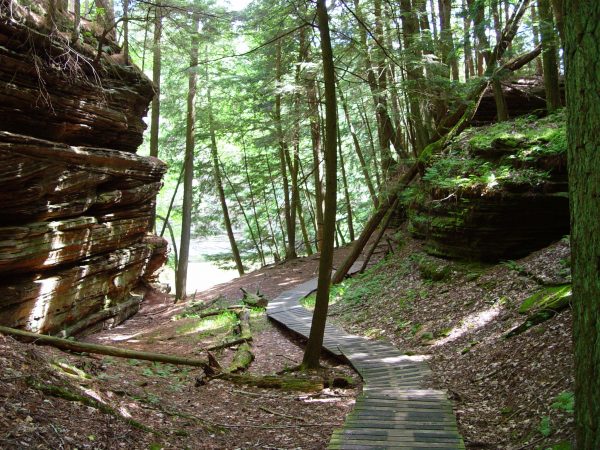 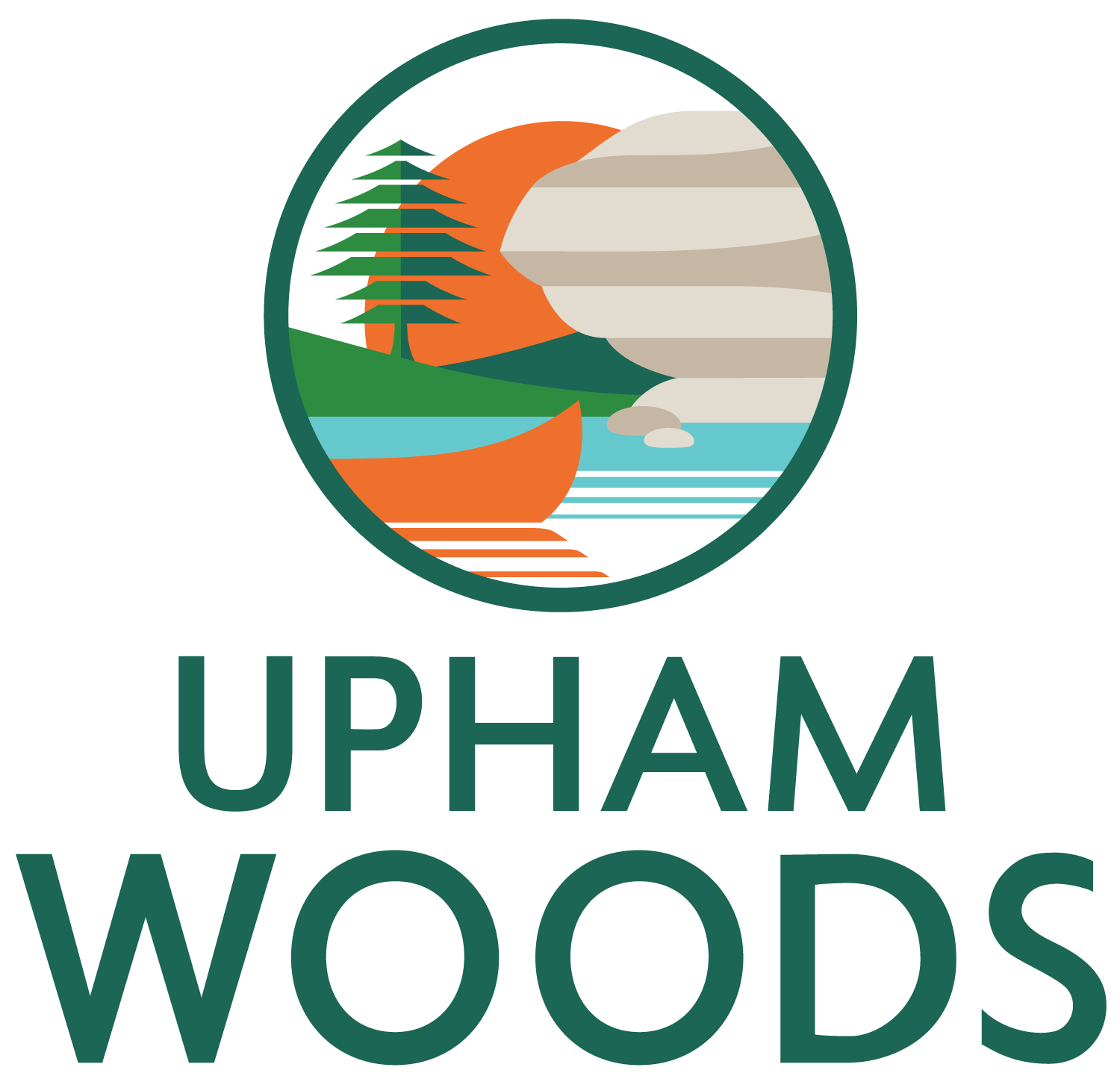