Two deer exclosures were constructed on Blackhawk Island in 1988. The exclosures are located on the east side of Overland Trail near the intersection of Overland and White Tail Trails and off of Narrows Trail approximately half-way between Devil’s Elbow and Upham Cave. These exclosures were randomly sampled for several years to catalog and compare the exclosure and the surrounding area.

There is a distinct and obvious difference between inside the exclosures and outside. According to Upham Woods archives, during the late 80’s and early 90’s deer browse was at its worse. There was virtually no regeneration other than maple saplings to succeed the yellow birch, oak, pine, and hemlock outside of the exclosures, which the island has been so well known for. Inside both exclosures during this time period, there was a near complete ground cover of grass, forbs, and woody seedlings compared to the scattered forbs and virtually no woody seedlings on the outside. Today, the exclosures still show a marked difference between browsed and not-browsed vegetation, however, not as extreme as the 1980’s and 1990’s. Deer management practices have helped limit deer browse. In the exclosures today, you can expect to find putty root (Aplectrum hyemale), bellwort (Actaea spicata), bloodroot (Sanguinaria canadensis), American ginseng (Panax quinquefolius), ramp (Allium tricoccum), maidenhair fern (Adiantum), Jack-in-the Pulpit (Arisaema triphyllum), and much more.

Upham is currently using trail cameras to conduct an observational study to track relative deer abundance. This will allow land managers to assess the change in herd populations and approximate the sex ratio. Observational data is recorded via trail cameras. In order to compare years, data must be collected in the same manner during the same time period each year. The fall season dates of observation on Blackhawk Island are 10/14-12/2. A spring time monitoring will also take place to determine doe to fawn ratios and fawn recruitment rates. A date for the spring observations have not been determined yet, as it will rely on river conditions and access to Blackhawk Island.

From just this preliminary data, we are unable to fully estimate the deer population. However, we are able to start our comparative study of relative abundance. From the rate of deer observations per hour, we can compare the changing abundance through the years and estimate the effectiveness of current deer management and deer population size on Blackhawk Island. For more information on this monitoring effort check out Upham’s Deer Monitoring Report 2019

Below are pictures from 1996 of the deer exclosure by the Narrows take by Keith McCaffery. 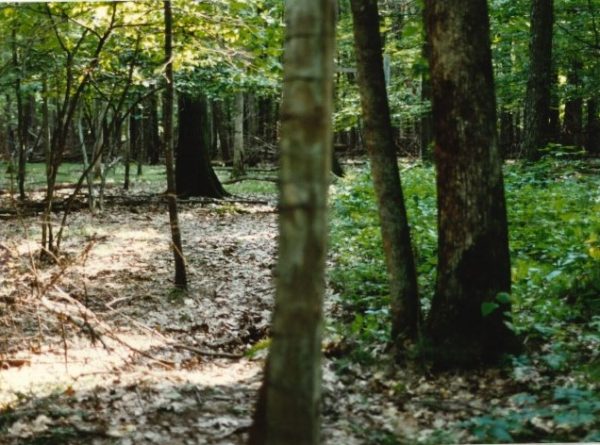 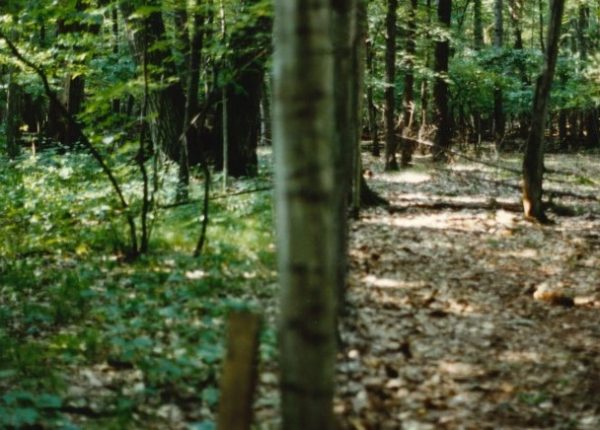