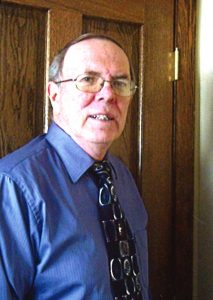 Ray Heidtke has been a 4-H volunteer leader for the woodworking project in Washington County for over 33 years. He has guided hundreds of youth as they build their craftsmanship in the wood shop. Ray’s leadership extends beyond the project leader role. He models citizenship through his years of public service as an elected official. He is serving his fifth term as a Washington County supervisor, and he is the Town of Jackson chair. Ray has represented UW-Extension during advocacy days at the capitol in Madison, and he has also attended the Public Issues in Leadership Development conference twice in Washington, D.C. Ray also helped to build a secure future for Washington County 4-H programs by founding the annual fruit sale fundraiser, which brings in an average of $7,000 per year to support 4-H programming. Ray demonstrates openness, honesty, and clarity of communication in all of his community involvement. He is well respected within 4-H as well as throughout Washington County. He is a proud father and grandfather, and he actively contributes time and talent to the community alongside his wife, Jan. Ray’s legacy continues as he still teaches woodworking to youth and now especially enjoys passing it on to his grandchildren who are in 4-H.