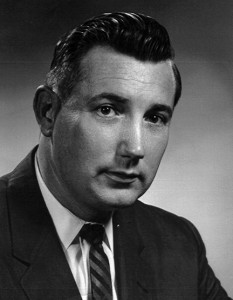 Jack Heller began his Extension career as a 4-H Agent in 1953 in Hardin County, Kentucky. While working on his Master’s Degree at the University of Maryland, he was a 4-H Fellow and worked for USDA. Following his Master’s, he was a 4-H Agent in Jefferson County, Kentucky, and later in St. Claire County, Michigan. In 1963, he returned to the State 4-H Staff in Kentucky as a District Leader. He received his Director’s Degree in Health, Physical Education, and Recreation from Indiana University. In 1970, he became Director of Camp Upham Woods where he served until his retirement in 1985.

The highlight of Jack’s career was being at Upham Woods. He loved the outdoors and is remembered for his creative ability to engage youth in environmental education and help them appreciate the out-of-doors. He especially found Blackhawk Island to be a great place of learning for youth. Jack had a tremendous impact on county camping programs and due to Jack’s efforts; Upham Woods was highly ranked by the American Camping Association.