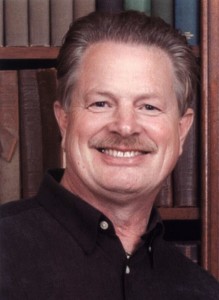 Larry Jerome, alum of the Langlade Badgers 4-H club, graduated from 4-H in 1967. At 15, he developed an 11-cow registered herd of Holsteins. At 18, he purchased the present Jerland Farm. His 4-H Dairy herd became the foundation for his present Registered Holstein herd. He credits the National 4-H motto “to Make the Best Better” as the guiding principle for developing his farming enterprise.

His other 4-H projects included poultry, horses and exotic birds. Today, his farm is home to Registered German Shepherds and Arabian horses. His name is known throughout the Arabian world, with multiple U.S. and Canadian National champions, and has been selected by his peers for the world cup Top Five Breeder Award and Breeders of Distinction. His German Shepherds can be found in 36 foreign countries. They also are well-known as show ring winners and very much in demand as service dogs.

Larry’s father, the late Wallace Jerome, credits his involvement in the 4-H Poultry project as the foundation for developing the Jerome Foods Turkey Industry. Starting with his father Wally through to Larry and Shelly’s 10 grandchildren, the Jeromes represent four generations of 4-H members.

Larry’s involvement in 4-H did not stop when he graduated out. He has held many leadership roles in the Barron County 4-H program. He has been recognized for his efforts with many honors, including the Bob Peterson Memorial Service Award in 2008 and the Friend of the Barron County Fair Award in 2014.