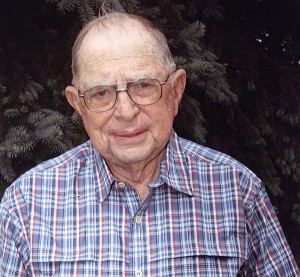 Throughout his 28-year career, Severt made a large impact on many Barron County families. At its peak in 1988, there were over 1600 youth enrolled in the 60 4-H clubs in the county. This peak came after Severt organized the first ever Youth Tent at Wisconsin Farm Progress Days (now Farm Technology Days) in 1987. Severt notes this as the highlight of his career, as he had to convince Farm Progress Days to include a youth tent and then have it prove its significance. He did just that by involving 4-H youth and adults. The Youth Tent has evolved into a regular and important part of Farm Technology Days.

He also shared his skills by serving in a 4-H Program Liaison role for six years, where he was able to help agents in other counties be successful.

His influence is still very visible in Barron County. He may have retired 20 years ago, but many of his volunteers are still active and his 4-H members have become the next generation of 4-H volunteers.