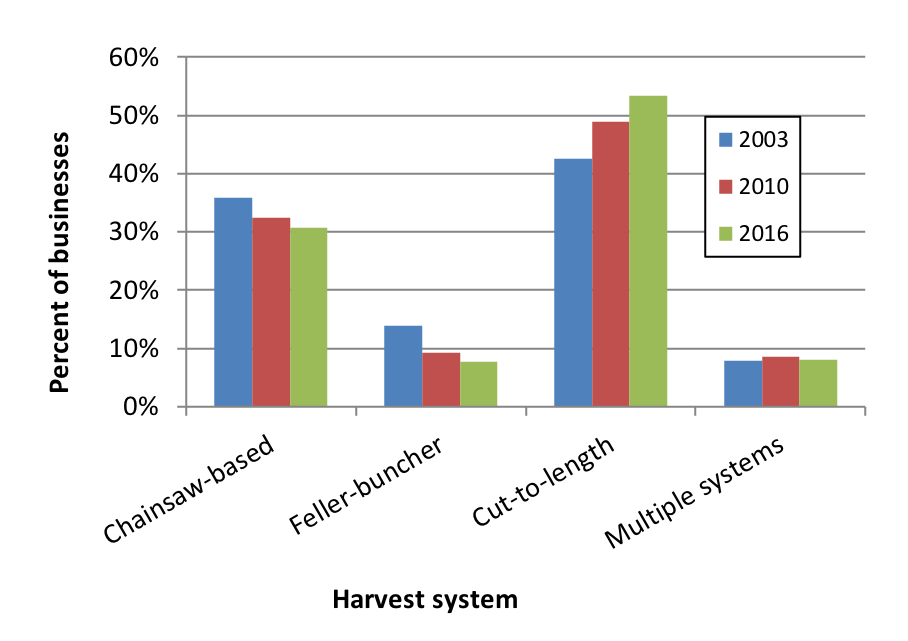 In terms of production by the harvest system businesses use, median volume was relatively steady, except for those businesses that use multiple systems which increased substantially over time. This likely reflects that the size of these businesses has increased. Note that annual variability is a factor as seasonality constraints and markets can limit how much a logger can harvest in a given year. For 2016, median production by system was as follows multiple: 11,000 cords, cut-to-length: 5,800 cords, feller-buncher: 3,100 cords, and chainsaw-based 1,300 cords. 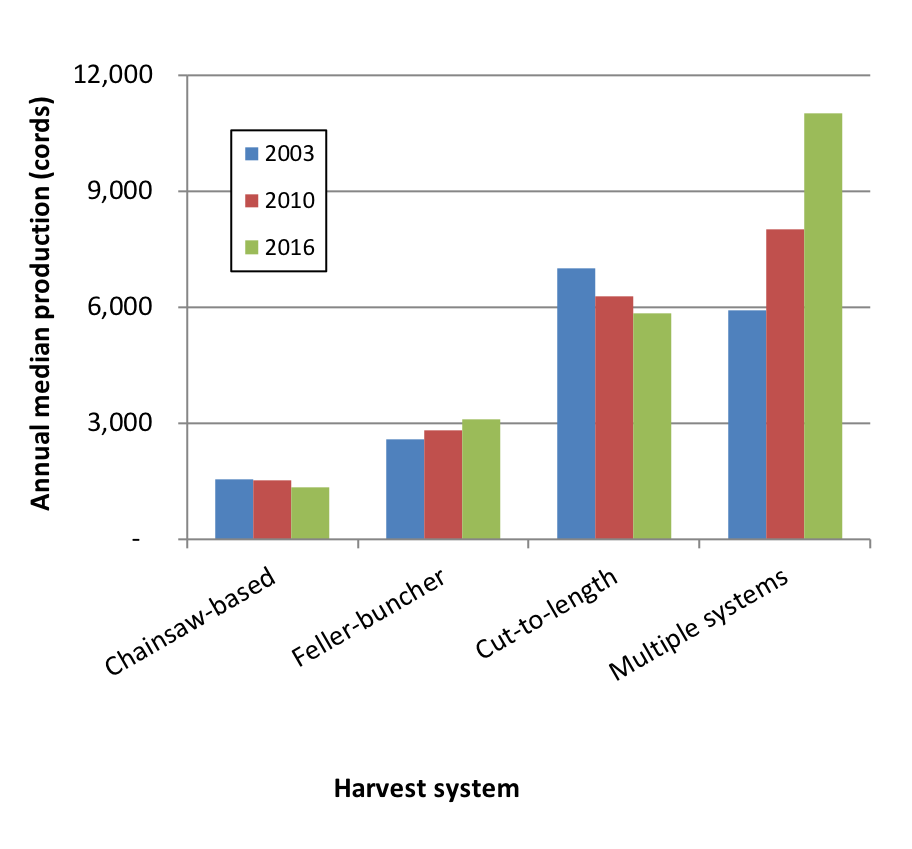 If we categorize businesses by their annual production instead of harvest system (i.e., bars in figure below), we find that the largest portion of firms produce between 1,001 and 5,000 cords annually. This is true across the three study periods. What has changed though, is the percent of of the harvest volume produced (i.e., lines in figure below). In 2016, the largest businesses (> 15,000 cords) accounted for 50% of total volume harvested by all businesses In 2003, they only contributed 30%. In essence, more of the wood is being harvested by larger businesses. [paragraph and chart below revised 8/1/2018 to reflect corrected data] 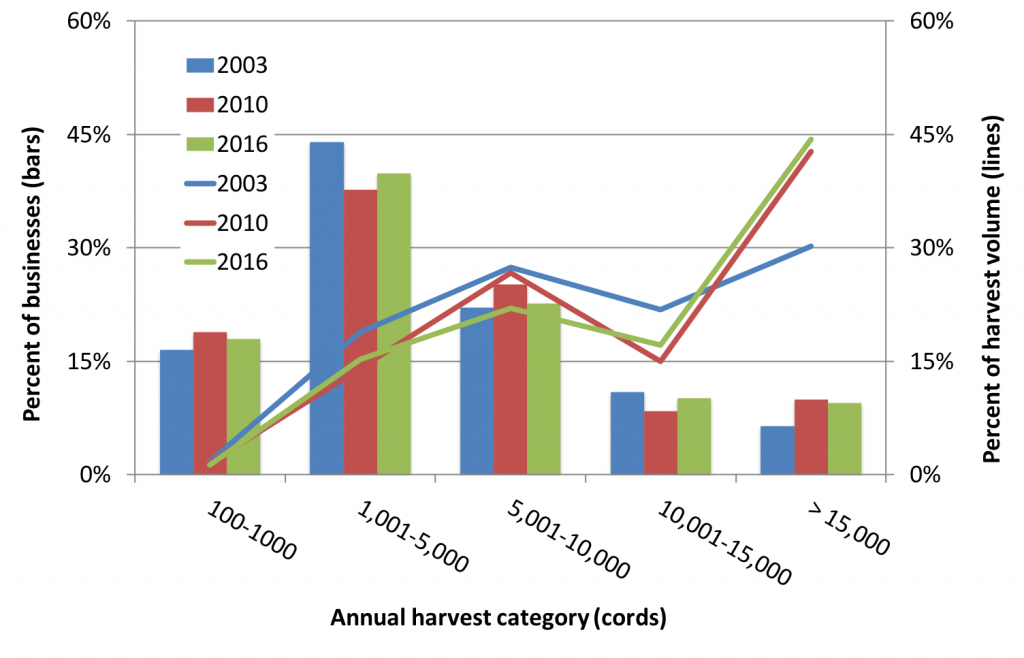