The Majority of the programs listed have received the highest rating in terms of scientific rigor and replication of evaluations by the program registries from which they have been assembled. In other words they have been proven to produce specific results in relation to specific types of problems for a specific age/group of individuals.  However, that proof rests on their continued use in the manner for which they have been tested.  A screwdriver which has been proven to turn a Phillip’s head screw is not necessary effective when used on a flat head screw, much less when appropriated as a hammer to pound in a nail.  A program which is intended for parents with children displaying early indications of conduct disorder cannot be used for parents who are recovering drug addicts. Nor can a parenting component which appropriated from a multi-component program necessarily be expected to be effective which used on its own.

Registries from which the programs have been chosen

Center for the Study of Prevention of Violence: Blueprints for Violence Prevention (blueprints)
http://www.colorado.edu/cspv/blueprints/ 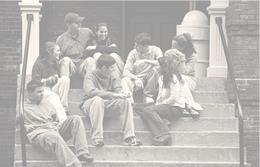