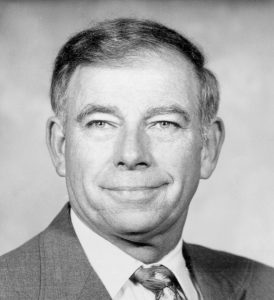 W. Terry Howard, a distinguished dairy expert, had his interest in the dairy industry piqued as a 4-H’er working on registered Guernsey and Holstein farms his father managed. In his career, he went on to educate and create opportunities for countless 4-H members, producers, and professionals in the dairy industry. His contributions as a researcher, educator, and communicator have been recognized throughout the world.

Terry studied dairy nutrition and served on the faculty in Dairy Science as an Extension state specialist for nearly 30 years. He was an innovator and leader in introducing computer technology as a tool for education, communication, and dairy herd management. In his outreach efforts, he was both an advocate for dairy youth and a role model for a generation of young people interested in pursuing dairy industry careers. Terry judged countless 4-H shows in the summer and regularly officiated at 4-H contests. He also developed and reviewed educational material for 4-H dairy publications and quiz bowls. Terry received the DeLaval Extension Service Award from the American Dairy Science Association for his professional accomplishments.

From its inception, Terry was a major contributor to the success of World Dairy Expo. He served on the show’s board of directors where he championed the introduction of youth showmanship and breed shows. Terry was also the event’s long-time dairy cattle show superintendent. For his efforts, the organization conferred upon Terry their President’s Award and Industry Person of the Year recognition.