by Dan Undersander and Paul Esker 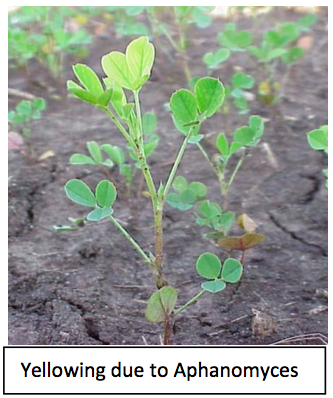 Aphanomyces stunts and kills seedlings. Currently there are two dominant races, Race 1 and Race 2, with Race 2 considered more virulent. Infection of alfalfa is due to zoospores, which are motile in wet soils over a very wide temperature range. 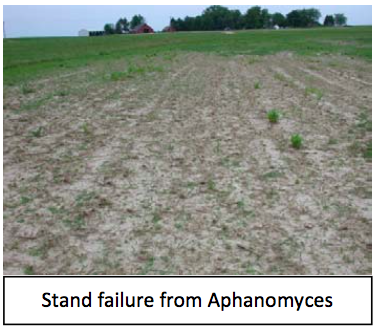 Infected seedlings develop yellow cotyledons followed by chlorosis of other leaflets. Roots and stems initially appear gray and water-soaked and then turn light to dark brown.  Seedling become stunted but remain upright.  Seedlings that die can result in stand failure as shown to right. 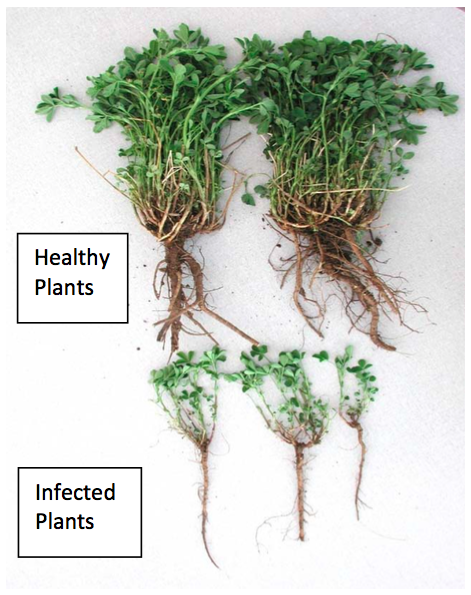 Samples can be submitted to the UW Plant Disease and Diagnostic Clinic for confirmation of the disease or to learn which race(s) of aphanomyces you may have in the field (submit 2 to 3 gallons of soils, see http://pddc.wisc.edu/index.html)

If you planted a race 1 resistance variety and still have the disease, select a variety with Race 2 resistance.