The optimum crop to plant for emergency forage should be determined by 1) when and how it will be utilized, 2) the forage quality needed, and 3) seed availability and cost.

In 2003 and 2004, emergency forage trials were conducted at 5 locations across Wisconsin, Michigan and Minnesota. Trials were seeded at each of three planting dates: early May, early June, and ~July 1. Seeding rates were: 32,000 seeds/acre for corn, 10 lb/ac for forage sorghum, 25 lb/ac for sudangrass, sorghum-sudangrass, pearl millet, Japanese millet, and foxtail millets; 80 lb/ac for barley, 100 lb/ac for soybean, 125 lb/ac for small grain/pea, and 15 lb/ac for alfalfa.

Relative yield and forage quality responses were similar across the two years so data is presented only for 2004 at Marshfield and Arlington, WI in the graphs.

The results were generally as follows:

The best crop to plant to reduce the forage loss from winterkilled alfalfa depends on the time of need and intended use. Generally, the following is recommended for the most common situations: 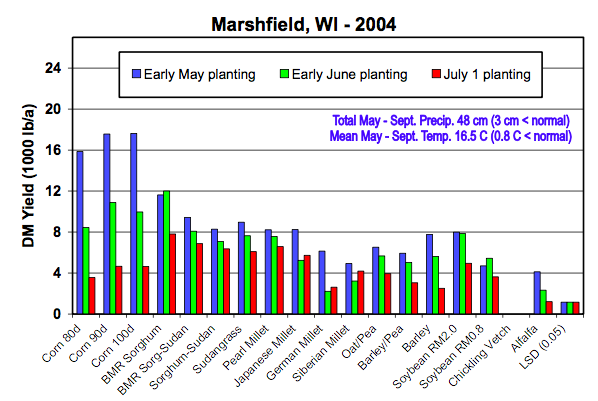 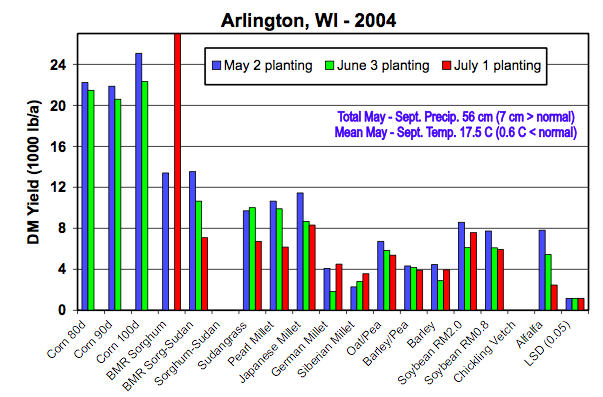 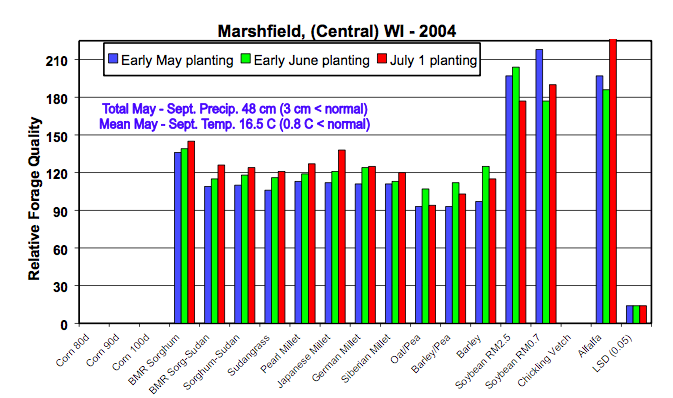 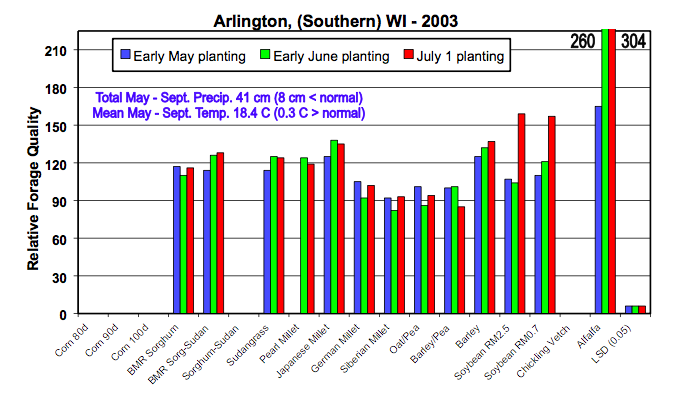