In vitro NDF Digestibility of Forages: The 30 vs. 48 hour debate

There is, however, debate among forage testing laboratories and academics as to whether in vitro digestibility of forage NDF should be measured by incubating forage in rumen fluid for 30 or 48 hours. This Focus on Forage will discuss issues associated with 30 and 48 hr in vitro NDF digestibility determination on forages. 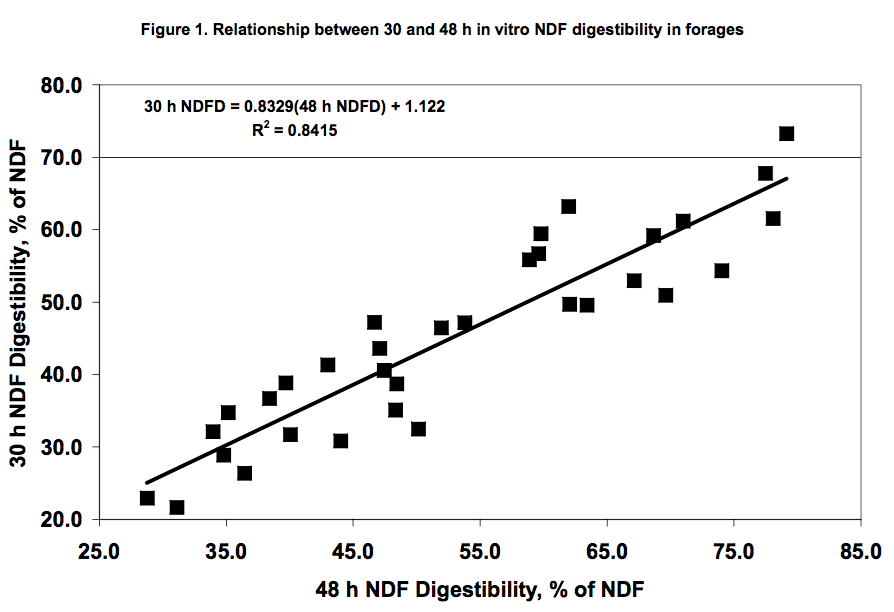 How do 30 vs 48 hr in vitro NDF digestibility determinations differ?

Which is better, 30 or 48 hr in vitro NDF digestibility?

This is a very complex question with a simple answer: It depends! Measuring NDF digestibility using 30 or 48 hr incubation times each has advantages and disadvantages.

Note that the predicted TDN values vary only 1 to 3 TDN units. 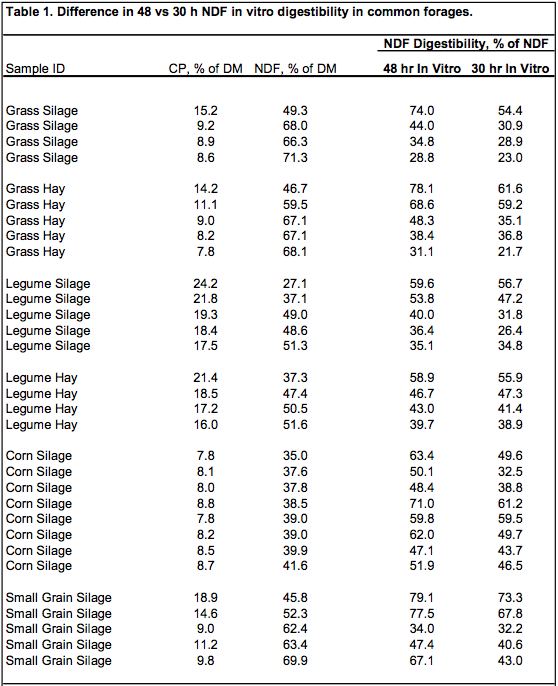 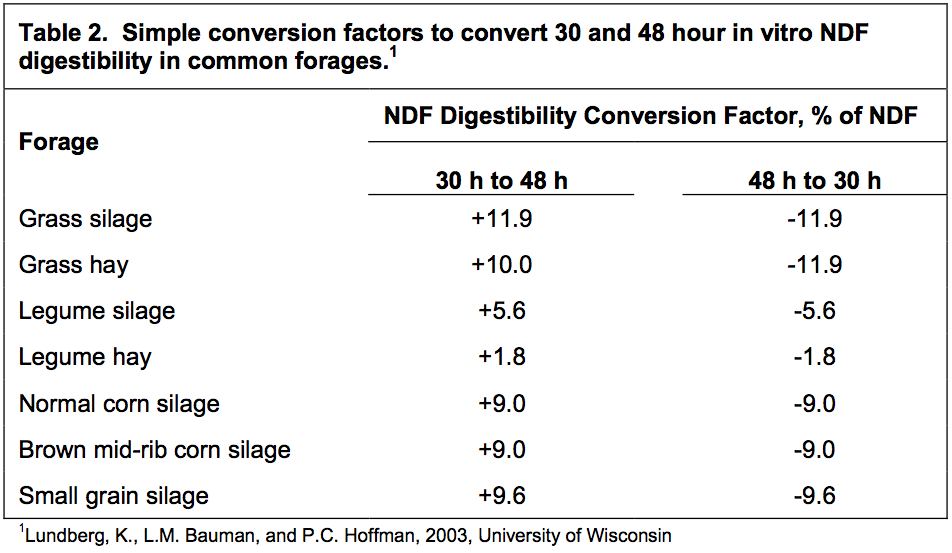 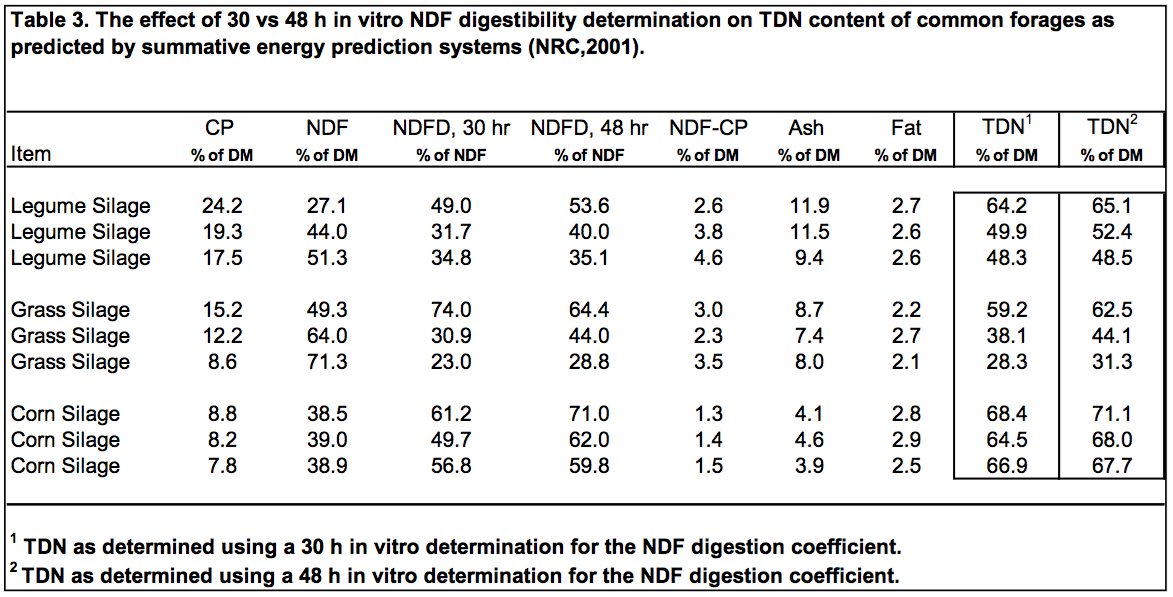 As dairy cows produce more milk they eat more feed (or vise versa). As dairy cows eat more feed the feed passes through the digestive tract faster and the actual or true total tract digestibility of the feeds is less extensive. This effect is for all feeds, forages, grains, protein supplements etc. This overall concept of depression in total digestive tract digestibility of feeds when intake increases is well known and eloquently defined in ruminant nutrition models (NRC, 2001). As a result, ruminant nutrition models such as the NRC, 2001 discount feed digestibility based on level of intake and milk production. The adjustments are commonly referred to as adjustments to 1x, 2x, 3x, 4x, or 5x levels of maintenance intake. Because of this it is most logical for laboratories to express feed (or NDF) digestibility at a 1x level of intake first and let well-recognized, researched energy equations and models make the adjustments in diet digestibility to different levels of maintenance intake (which are producer specific) thereafter. Secondly, 16 hr or 24 hr NDF digestibility measurements have a much higher laboratory error rate as compared to 30 or 48 hr in vitro NDF digestibility determinations and databases for comparison of results are extremely limited.

What is the bottom line with 30 vs 48 hr NDF digestibility?