Red Clover is widely grown throughout the United States and Canada. Red Clover is often grown in areas with low soil pH or fertility, and poor soil drainage. 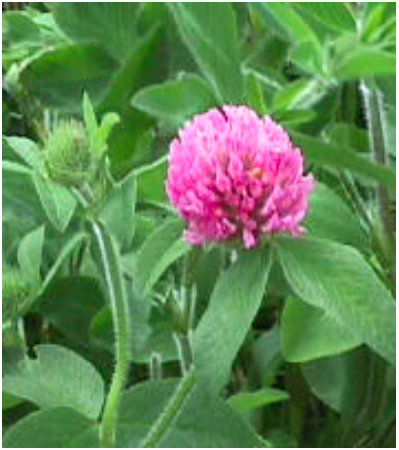 Traditionally, red clover is cut twice a year when it is at 50% bloom or greater. With this harvest system farmers end up cutting too late to obtain maximum forage quality. More recently, farmers have been cutting red clover three times during the summer to get a higher quality forage. However, with a three-cut system, farmers are concerned that they may give up yield and persistence.

Red clover cultivars that were developed during the 1970s and 1980s proved to be higher yielding, more disease resistant, and persistent than those that were developed prior to 1970. Since newer cultivars are more persistent they may be able to tolerate three cuts per season without loss of stand. Researchers at the University of Wisconsin wanted to determine what cutting systems best optimized red clover yield and quality while maintaining high stand persistence.

This Focus on Forage will discuss the effect of harvest management on red clover yield, quality, and persistence.

In a multi-year study, five red clover varieties were seeded at Northern, Central, and Southern Wisconsin locations. Plots were harvested for two years after the seeding year under the following harvest management systems:

What cut system produced the most forage per season? 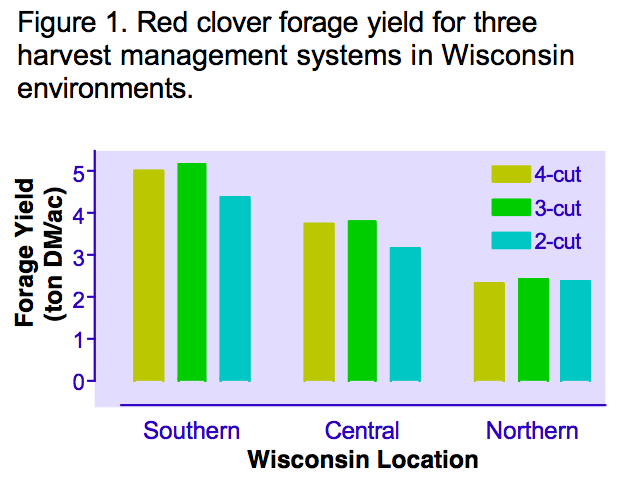 When comparing the various cut systems for total season yield, the three-cut system was the highest yielding system (Figure 1). Two-cut systems were lower yielding than three and four cut systems. The four-cut system produced high yields, but the economics of taking the fourth cut in fall are generally not favorable.

In this study, harvest management systems did not affect red clover persistence. In fact when red clover has a lot of late summer or fall regrowth, it may be better to harvest the crop to reduce the risk of winter smothering. Because red clover has a succulent, non fibrous stem with large leaves there is some danger of residue smothering red clover plants and reducing stand over winter. There were no detrimental effects on stand persistence due to fall cutting in the three or four cut systems tested.

Red clover harvested three times (2 summer cuts + a late fall cut) at 20% bloom yielded the most total forage in Wisconsin studies. Red clover cut at 20% bloom was also high in forage quality and persistence. The highest nutrient content and digestibility came from red clover forages cut at the bud stage of growth, but came at the expense of forage yield. Harvesting forage at 40% bloom had the lowest nutrient value and the lowest yield.

Farmers should harvest red clover three times (2 summer cuts + a late fall cut) when it is between bud stage and 20% bloom stage for optimum forage yield, quality, and persistence.