by Dave Combs1
1Department of Dairy Science, University of Wisconsin-Madison

Fiber is an essential component of diets for dairy cattle.  In high producing dairy cows, about a quarter of the energy for milk production comes from digested fiber. Neutral detergent fiber (NDF) is a laboratory assay done on forages to measure the total content of fiber in a feed. The NDF is a ‘bulky’, slow to digest feed component, which can restrict feed intake and milk production. Forages are analyzed for NDF content and diets for lactating dairy cows are typically formulated to contain 28% to 35% NDF on a dry matter (DM) basis depending primarily on level of milk production and the feed ingredients being used in the diet.

A new in vitro lab assay has been developed by UW-Madison Dairy Scientists that predicts total-tract NDF digestion in ruminants.  The in vitro total-tract NDF digestibility (TTNDFD) test predicts NDF digestion for alfalfa, corn silage, grass forages and byproduct feeds. UW-Madison researchers have validated the accuracy of the in vitro TTNDFD test against directly measured NDF digestibility in lactating dairy cattle. The University of Wisconsin recently was awarded a patent for the in vitro digestibility procedure that is used in calculation of TTNDFD. This Focus on Forage paper will review the TTNDFD test and discuss its use in forage evaluation.

How is TTNDFD different from other laboratory assays?

The TTNDFD test is different from other fiber quality measures because it is a direct quantitative predictor of fiber digestion.

Other assays such as 30- or 48-hour NDF digestibility (NDFD), relative feed value (RFV), relative forage quality (RFQ), and milk per ton (Milk-2006) are used to compare the relative differences in forage quality among alfalfa varieties or corn silage hybrids.  These indexes should not be used to compare forages across types which limits their value as decision-making tools for optimizing the combination of corn silage, alfalfa, and grass in dairy forage systems. These indexes also are not useful for ration formulation.

Rumen in vitro and (or) in situ NDFD assays estimate and compare fiber digestibility among forages. These assays have limited value because they measure relative, not absolute, fiber digestion. Oba and Allen (1999) reviewed several feeding studies with dairy cattle and concluded that increasing in vitro or in situ NDFD by 1%-unit was associated with 0.4 lb. increased DM intake and 0.5 lb. additional 4% fat-corrected milk yield per cow per day. The in situ or in vitro NDFD change within a study was correlated with DM intake and milk production, but there was no significant correlation between the absolute measures of fiber digestion and DM intake or milk yield across studies. One reason why absolute NDFD values across labs are poorly related to DM intake or milk production is because the procedures for running these tests differ among labs. In addition, surprisingly little work has been published to validate laboratory measures of rumen fiber digestion with observed fiber digestion in cattle.

The TTNDFD test specifically measures and accounts for several factors that influence NDF digestion. Estimates of NDF digestibility derived from the TTNDFD test have been confirmed by dairy cattle feeding trials.

An accurate assessment of fiber digestion requires that these four factors be integrated into a single measurement. The TTNDFD test integrates all four of the above factors into a single value, which predicts the proportion of the total NDF that will digest between the mouth and feces or the energy from fiber that can be used to support milk production.

What is the typical variation in forage TTNDFD?

Typical TTNDFD values for corn silage, alfalfa and grasses are summarized below.  The average values represent over 7,000 samples each of corn silage or alfalfa and over 1,200 grass forage samples.  The means, standard deviations (SD) and ranges in TTNDFD values (Table 1) coincide with directly measured values that have been reported in dozens of controlled feeding studies published in scientific journals such as the Journal of Dairy Science.

What are NDF and TTNDFD target values for high-quality forages?

The goal for NDF and TTNDFD are dependent on forage type.  The TTNDFD average values in Table 1 should be minimum goals, while Table 2 contains target values for dairy-quality forages.  Alfalfa and corn silage have similar targets of <40% NDF and >48% TTNDF.  Temperate grasses have more NDF, but should be more digestible with a goal of >50% TTNDFD. 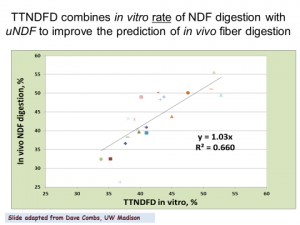 Figure 2. Comparison of TTNDFD with in vivo NDFD

Research at the University of Wisconsin (Lopes et al. 2015) validates the accuracy of TTNDFD to predict in vivo (in the cow) NDF digestion.  Figure 2 shows that TTNDFD accurately predicts in vivo NDF digestion with an R2 of 0.66.  The slope of the regression line is 1.03 showing a close relationship between TTNDFD and NDF digestion in the cow.  Single time-point ivNDFD and iNDF tests are poorly related to in vivo NDF digestion as shown in Figure 3. 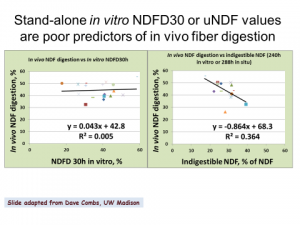 Figure 3. Comparison of ivNDFD and iNDF with in vivo NDF digestion

The key to getting the most out of forages is understanding how forage energy values are affected by NDF and NDF digestibility. The TTNDFD test is intended to be an additional tool to provide a clearer understanding of how forage fiber is utilized by dairy cattle. It is not intended to be the only tool used to evaluate forage quality or fiber utilization by dairy cattle.  But it can provide valuable insights into evaluating forages and predicting animal performance.

The author appreciates the review of the original draft of the fact sheet by R. D. Shaver and M. S. Akins of the UW Madison Dairy Science Department.

© University of Wisconsin Board of Regents, 2014