There are strong and differing opinions on the relative merits and potential consequences associated with manure irrigation in Wisconsin—ranging from outrage over perceived risks to advocacy for its advantages. Here are some of the key issues shared with the workgroup when it began:

Those supporting manure irrigation practices suggest that application of manure and process wastewater through irrigation equipment offers several advantages over other forms of manure distribution:

Those opposed to manure irrigation practices express deep concerns about farms applying manure and process wastewater through irrigation equipment, consistent with these themes:

These expressed benefits and concerns helped shape the agenda for the workgroup. Throughout its activities, the workgroup welcomed public input. There has been relatively little available research on the actual aerosol drift and related effects of manure irrigation. Research reports and web-links to existing information can be found at the “resources” page of this website. 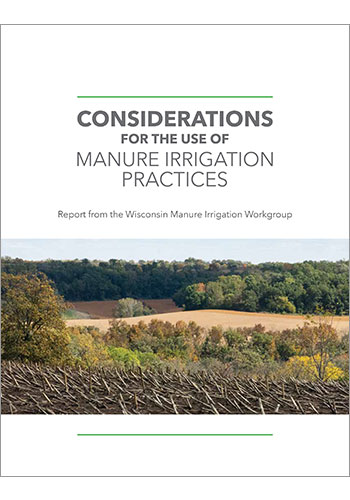 Share your comments and questions regarding the Workgroup Report. 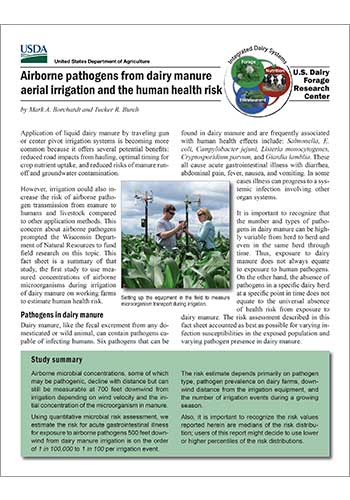