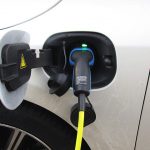 Last month’s failure of the Texas electric grid, coming just weeks after General Motors’ pledge to make only electric vehicles by 2035, highlights the daunting task the United States faces as it takes the first steps toward weaning its economy off fossil fuels. While GM’s announcement is striking from a historical vantage point — the nation’s largest automaker choosing to jettison the internal combustion engine — the collapse of the Texas grid underscores how far the country has to go as it attempts to “electrify everything.”