Current recommendations regarding cutting height of alfalfa are designed to maximize yield while maintaining high quality forages and stand longevity. Forage growers frequently cut forages at a height of 3-inches or more. However, recent reports indicate that there may be an advantage to cutting alfalfa closer, leaving an inch or less of stubble height (@griculture Online, 1999). Research indicates that dry matter yields and nutrient yields are higher for shorter cutting heights as compared to leaving taller stubble (Sheaffer et al., 1988). Obtaining higher yields requires that the plants are healthy and that carbohydrate root reserves are adequate for plant regrowth following harvest. Wisconsin studies conducted in the 1960s using Vernal alfalfa showed that forages harvested three or four times per season produced more total forage when cut at a 1-inch height versus cutting at 3 inches or more (Kust and Smith, 1961, Smith and Nelson, 1967). Recent North Dakota research evaluating the effects of cutting height shows similar results where shorter cutting height results in higher yields.

One of the reasons for leaving taller stubble is to improve the quality of harvested forage. The lowest sections of the alfalfa plant are typically higher in fiber and have fewer high quality leaves present. If growers raise their cutting height to leave these high-fiber basal stem sections in the field, they may increase forage quality.

Research was initiated at the Marshfield Agricultural Research Station during 1999 to explore the relationships among cutting height, forage yield and forage quality. Additional studies were conducted in Wood and Clark counties during 2000. This paper will discuss the influence of cutting height on yield and quality of alfalfa.

Each of the trials were replicated three times and had the following cutting height treatments applied to them:

While we had targeted our lowest cutting height to be 1-inch, our equipment and soil conditions limited the cutting height to 2-inches. Actual cutting height was determined by measuring stubble height from 35 random locations within each harvested plot. Data will be reported based on actual cutting height for these studies. For the first two harvest periods, the field-scale plots were harvested 7-10 days earlier than the small plots. This allowed us to measure forage quality changes among the various cutting heights at early and late harvest times within a cut.

Small-scale plots measuring 3-ft wide by 25-ft long were established on in an existing alfalfa field. These plots were harvested using a small-plot harvester and electronic weighing system. On each harvest date, a subsample was taken from each plot to determine forage quality. Harvest dates for these plots were June 8, July 13, and August 16.

Field-scale plots measuring 12-ft wide by 150-ft long were established in an existing alfalfa field (1996 seeding, weed free stand). Cutting height treatments were made using a self-propelled haybine and forage was immediately chopped and weighed after cutting. Electronic pad scales were used to weigh each plot and a 1-lb subsample was taken from each plot for quality analysis. Harvest dates for these plots were May 25, July 1, and August 20.

Alfalfa Cutting Height Studies – 2000
During the summer of 2000, cutting height studies were established at Marshfield and Granton (Clark County), Wisconsin. For the first cutting of the summer, alfalfa plots were cut on 10-day intervals beginning in mid-May and ending in mid-June. At each harvest date, cutting height treatments of 2-in, 4-in, and 6-in were evaluated for forage yield and sampled for forage quality. All plots were harvested with small-plot harvesters. Actual cutting heights averaged 2.5-in, 4.5-in, and 7-in based on measurements immediately after harvest.

A second study was established at the Marshfield and Granton sites to evaluate 3-cut versus 4-cut systems. These studies were harvested three or four times during the summer with a small-plot harvester. The fourth cut of the 4-cut system was harvested in mid-October. For each cutting system treatments of 2-in, 4-in, and 6-in (2.5-in, 4.5-in, and 7-in actual height) were evaluated for forage yield and sampled for forage quality. During the spring of 2001 plots will be evaluated for stand to assess the impact of cutting height on alfalfa stand or persistence. 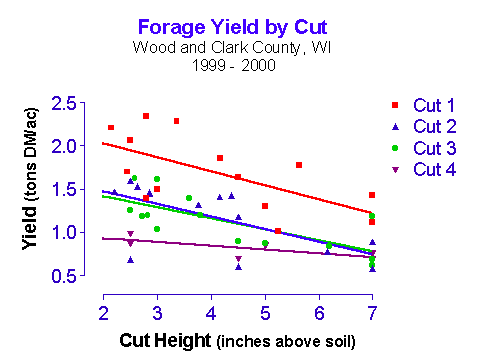 Figure 1. Forage yield of alfalfa by harvest at various cutting heights in trials at Marshfield and Granton, WI during 1999-2000 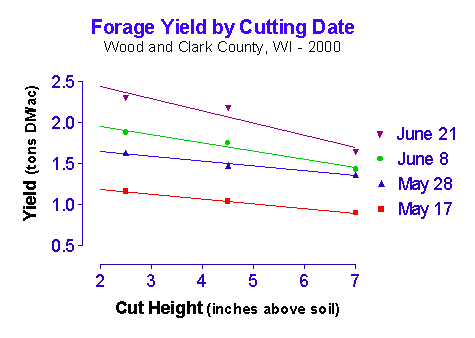 Figure 2. Forage yield of alfalfa at various spring cutting dates and heights in trials at Marshfield and Granton, WI during 2000

On average, total alfalfa yield for the season increased by 0.5 tons DM/acre for each 1-inch reduction in cutting height (Figure 3). This is similar to the findings of researchers in North Dakota. 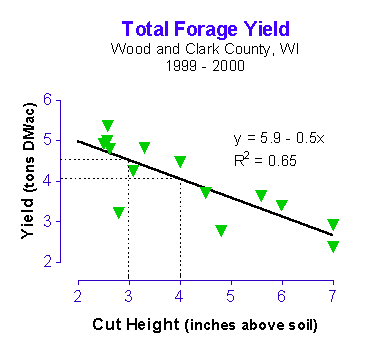 Figure 3. Season total forage yield of alfalfa at various cutting heights in trials at Marshfield and Granton, WI during 1999-2000 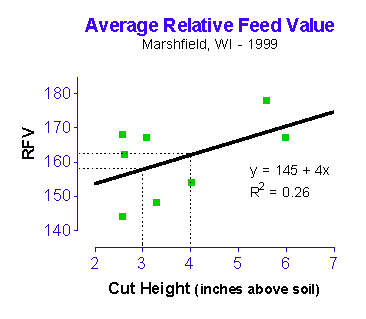 Figure 4. Relative feed value (RFV) of alfalfa at various cutting heights in small-plot and field-scale trials at Marshfield, WI during 1999 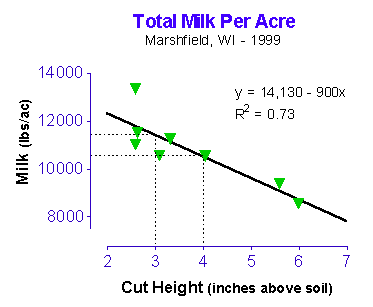 Figure 5. Milk yield per acre of alfalfa at various cutting heights in small-plot and field-scale trials at Marshfield, WI during 1999

This central Wisconsin research indicates that alfalfa yield and milk yield is highest when cutting at the lowest possible height. While forage quality declines with lower cutting heights, forage yield increases significantly. These studies were done on healthy, weed-free stands of alfalfa and soil moisture conditions were adequate during most of the growing season.

Current recommendations for alfalfa cutting height in Wisconsin include the following:

Kust, C.A., and Dale Smith. 1961. Influence of harvest management on levels of carbohydrate reserves, longevity of stands and yield so hay and protein from Vernal alfalfa. Crop Sci. 1:267-269.