Stress in the seeding year reduces future yields of alfalfa. This occurs because the seeding year determines the stand plant density as well as individual plant size and vigor. The following paragraphs will show that autotoxicity, potato leaf hopper, cover crop, and, possibly, drought stresses in the seeding year will reduce alfalfa yield in future years, even when the stress is gone. 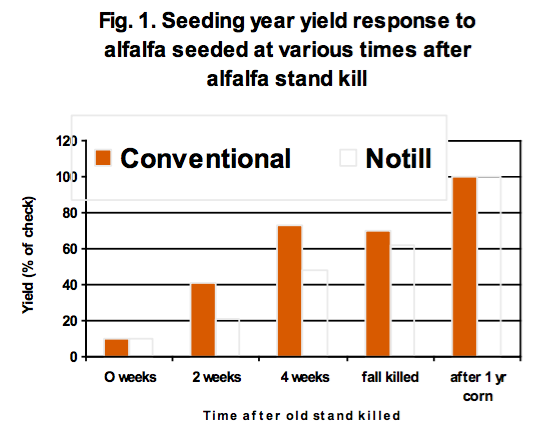 We have known for many years that alfalfa is autotoxic; that established plants give off chemicals inhibiting alfalfa seeding germination and growth. Thus we cannot interseed to thicken an alfalfa stand. Further, when plowing down existing stands we must rotate to another crop for a year or more before reseeding alfalfa to allow the autotoxic compounds to be deactivated. Fig 1 shows the yield effect of alfalfa planted at various 80 times after killing the previous alfalfa stand. While good plant counts were obtained for all seedings after 2 weeks following stand kill, yields were dramatically reduced for both conventional and no-tillage compared to the check (after 1 year of corn). 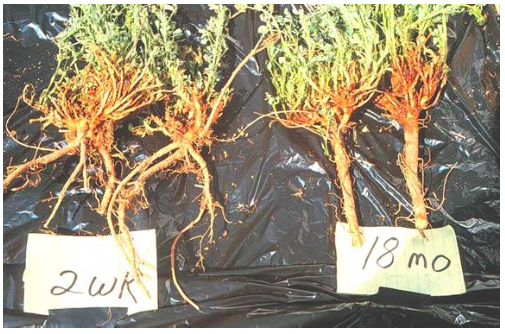 Thus we can get a good stand seeding as early as 2 to 4 weeks after killing the old stand but the autotoxins will stunt the young, growing alfalfa plants resulting in reduced yield in the seeding year and 20 to 30% yield reductions in years following seeding. 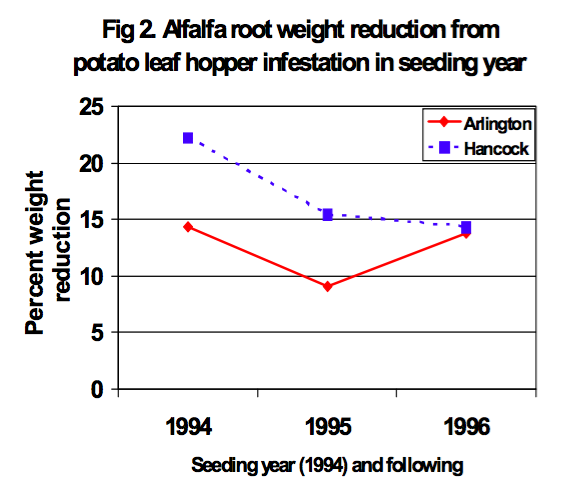 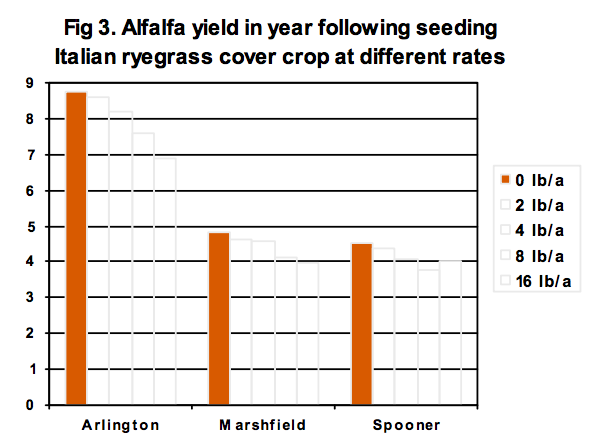 Yield reductions the year after seeding due to high cover crop seeding rate were 1.9, 0.9 and 0.5 t/a for the three sites, respectively. We would expect the same response from those using oats as a cover crop and seeding at higher than the 1 bu/a rate.

A fourth seeding year stress has been the complaint of a number of farmers that alfalfa seeded in a droughty year did not do as well as the adjacent field seeded either the year before or later. While no data exists to suggest that drought during alfalfa establishment reduces future yield, the reports have been to frequent to ignore.

Thus data from a number of sources indicate that stress in the seeding year for alfalfa reduces yield in future production years. Since yield is the chief component of profitable alfalfa production, we recommend: