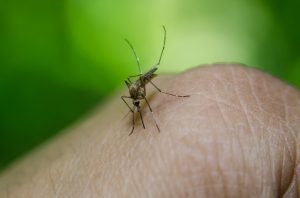 0:12 Insect activity in Wisconsin after the winter
1:17 Concerning pests
2:23 Preventative measures and precautions
3:59 Lead out

Adam Wigger: “Insects: What to watch for this season”. We’re talking today with PJ Liesch, Extension Entomologist, University of Wisconsin-Madison, Division of Extension, Insect Diagnostics Lab in the College of Agricultural and Life Sciences, and I’m Adam Wigger. PJ, what kind of insect activity are you expecting this summer in Wisconsin after our especially cold winter?

PJ Liesch: Well it’s interesting that you ask – in general I’m not expecting that many differences this year. It’s interesting to watch because every year there’s differences in what insects are out and about. There’s going to be a very predictable batch, you know our typical garden pests. We’re still going to be seeing Japanese Beetle and things like that. I have had a lot of questions though about the polar vortex back in January and February and the main thing I like to remind folks about that is we actually went through a very similar situation about five years ago. The winter of 2013 and 2014, we had a polar vortex, a very cold period in January of 2014 and we still had plenty of insects in the summer, so we’ll still have our garden pests, we’ll still have mosquitos. In Wisconsin we have somewhere in the ballpark of twenty to maybe twenty five thousand different insect species. Most of those are native to the area, adapted to the cold, so I’m not expecting that many changes overall, surprisingly.

Adam Wigger: What are some of the insects that we should be concerned about, like ticks, mosquitos, the kinds of things they’re carrying, what are you expecting to see?

PJ Liesch: In terms of medically relevant insects, the two things that come to mind are mosquitos and ticks, which, technically aren’t insects but they’re closely related – they’re arthropods as well. For mosquitos, we often see our first big batch of mosquitoes come out sometime right around Memorial Day weekend. It’s gonna be influenced by the weather patterns, thus far in 2019 it’s been fairly cool and rainy this spring. We’ve had good conditions in terms of the rainfall, we’ll see a big batch of what we call our floodwater mosquitoes. Some good news about those, they generally don’t transmit diseases, they’re not great at it. There are some other species that could pop up during the summer months like culex pipiens that can be associated with West Nile virus and that sort of thing. We’re in peak tick season right now, so things like American Dog Tick, a lot of times folks call that the wood tick, and deer ticks are out and very active at the moment, so folks should be taking precautions for those.

Adam Wigger: So what kind of preventative measures can we be taking, both store bought, homemade, anything you suggest?

PJ Liesch: So when it comes to preventative measures, it turns out our precautions we can take for mosquitos and ticks are pretty similar overall. Some of the very commonest things you can do: long sleeve clothing. That way we have a physical barrier between us and those pests, so it’s harder for them to get to our skin and physically bite. So long sleeve pants, and if it’s not too warm, long sleeve shirt as well. Some other things would be repellents. So this would be products like Deet, Picaridin, there’s oil of lemon eucalyptus, and a few others that are EPA registered repellents. This means that the companies that sell them have to do experiments and show that they actually work. You can go onto Facebook or other social media venues and find all kinds of homemade recipes with essential oils and vanilla and this and that. They may smell great, but when it comes down to it, they probably have very little repellency against mosquitos and ticks, and if they do, it’s probably very short lived. Whereas the EPA registered repellents can provide repellency for four, six, or eight hours, or sometimes more. So if you want a good, long-lasting repellent, go with one of the EPA registered repellents. One other thing you can do if the mosquitos are just really bad, or if you know there is an area with heavy tick presence, it might be smartest to simply avoid those areas or stay indoors if the mosquitos are really bad. Those are some helpful tips.