Agriculture in Waupaca County and throughout the USA

At session 3, our guest speaker Greg Blonde, talked to us about the different types and sizes of 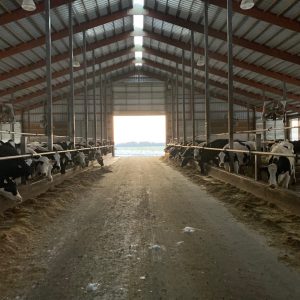 farms in Waupaca County and the US and the impacts they have on the communities. His presentation demonstrated the economic force of agriculture in the county. For example, in Waupaca County, agriculture accounts for 22% of all sales revenue ($1.02 billion), 14% of all jobs (3,757 people) and 13% of all income ($241 million). We also learned about the demographics of farming in which 30% of farmers are 65 years old or older with and average age of 56 years old. Another interesting fact that a lot of people did not know, myself included, is that 35% of the farmers in the county are women.

Greg then presented slides of Wisconsin and the United States showing us where different crops and livestock are raised and how some crops are only grown in certain regions. For example, corn and soybeans are mainly grown in the upper Midwest, which is interesting because the majority of hogs and pigs and a large portion of milk cows are raised right alongside them, making food sources easy to find and relatively cheaper than having to have all the feed shipped in. On the other hand, sheep and lamb and cattle and calves are raised throughout the U.S., within just a few concentrated areas.

Lastly we learned about the dairy industry in Waupaca County and how we are ranked 17th in the  state and 90th in the U.S. for milk production, which is in the top 5%! Greg also talked about the different challenges the agriculture industry faces and has faced over the years. For example, in 1982 there were 815 dairy farms and in 2017, it was down to 148, yet the total pounds of milk produced grew from 473 total milk pounds in 1982 to 540 total milk pounds in 2017. From 1970 on, there has been a steady increase in milk production and per cow production, but a steady decrease in the number of milk cows and the number of dairy farms.

The question now is where do the numbers plateau and what is the future for farmers trying to keep up with a rapidly growing demand?