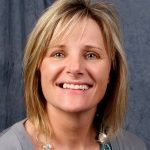 Fennimore, WI — Five Southwest Wisconsin Technical College employees were recognized on March 24 at the all-campus in-service on the Southwest Tech campus as nominees for the Innovation of the Year award. Tammie Engelke, Public Safety Administrative Assistant, is the 2016 recipient of the award.

The Innovation of the Year Award is designed to recognize college staff members who have designed and implemented a significant innovation that meets the criteria of the award, including an increase in the quality of a course, program, office or the institution; contributes to a more efficient process; adds value to the institution while reducing costs; can be replicated in other departments or institutions; is original and creative and was not developed more than five years ago. A committee of campus representatives makes the selection of the award.

A retired Vice President of Academics at Southwest Tech, established the Innovation of the Year endowment through the Southwest Tech Foundation to ensure a monetary award for the Innovation of the Year winner and/or other nominees. According to the endowment founder, “Southwest Tech is fortunate to have fantastic faculty and staff members who consistently look toward the betterment of the College and the success of its students. This award gives them a chance to share their implemented ideas with colleagues and the public and encourages the continuance of innovation at Southwest Tech.”

Holly Clendenen, Executive Director of the Foundation, presented the awards and gave a brief description of the nominee’s innovations. Engelke’ s winning innovation was a system she developed that provides for improved customer service for the thousands of people who are served each year in the fire, EMS and traffic safety courses at Southwest Tech. The computer system Engelke developed and implemented in the department has led to an increase in office efficiency and effectiveness, allowing staff to better serve students and increase communication throughout the department. 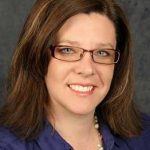 Krystal Forde, adjunct Graphic and Web Design Instructor was nominated for introducing a text messaging app to her class to increase communication without requiring the students to share their cell phone numbers. Matthew Baute, Software Developer, was nominated twice. His first nomination was for creating electronic class completion certificates and his second nomination included colleagues Mandy Henkel, Research Associate, and Deb Thomas, Enrollment Services Specialist for their work in creating the Charger Dashboard, a tool for college employees to view college data and metrics in one accessible location.

To learn more about Southwest Tech, the Southwest Tech Foundation or the Innovation of the Year award, please contact Clendenen at (608) 822-2362 or hclendenen@swtc.edu