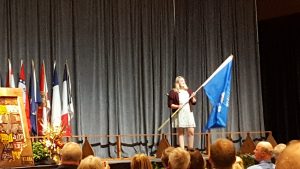 There were nine members from WACAA that traveled to the AM-PIC September 8 through 12.  Wisconsin sent a larger delegation of agents again this year, a mix of award winners and finalists, others with responsibilities at the regional level, and first-timers.  Wisconsin was well represented in most activities with posters, several presentations, and many regional winners and national finalists for communication awards. 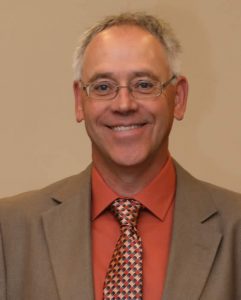 Jerry Clark (Chippewa Co.) is assuming the role of the North Central Region Director for NACAA and will be serving in the role for the next two years.

Mark Hagedorn received the Distinguished Service Award for his excellence as a WACAA member with more than ten years of Extension service.  Hagedorn served as the agriculture agent for Brown County from 2006 – 2013 and Eau Claire County from 2013 – present.  Hagedorn programs in dairy farm management, employee safety, and the cost of raising dairy replacements.  Mark has served for several years as the Dairy Team Co-Leader.  For the association, Hagedorn has served as the president, past president, and on the JCEP board.

Sarah Mills-Lloyd received the Achievement Award as recognition of her excellence in the field of professional Extension among WACAA members with less than ten years of service.  Mills-Lloyd has served as the dairy and livestock agriculture agent for Oconto County since 2013.  She has programming in animal health and well-being and farm financial health and management. For the association, she has served as the Early Career Development North Central Region Vice Chair and State Chair.

NACAA members who excel in communicating programs and ideas to their clientele were honored this week in Fort Wayne, Indiana.  Wisconsin members were recognized in the following categories.

If you would like to see what items communication award winners submitted that got them to the national level, go to the NACAA awards page, select Wisconsin, and hit continue to view the winners.  Click on the name to go to their submission abstract.  To view the piece submitted, click on the title of their submission.

Want to keep up with what is going on with the Wisconsin Association of County Agriculture Agents? Submit your email address below.

Did you find a link that is not working?  We want to know!