Meeting minutes are taken by the Secretary, submitted to the members prior to the next meeting, and reviewed and approved with or without revisions by the General Membership at the following meeting. Only approved minutes are posted here. Meeting minutes provide a record of the business conducted, members that were in attendance, and list the hours of Support and Training that were available at that meeting. 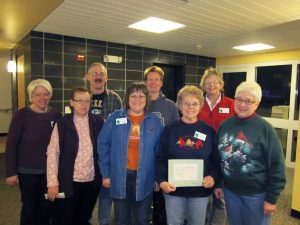