Both the zoning map and the text of the zoning ordinance may be updated and amended over time. Two types of amendments are possible and include changes to district boundaries (map amendments) and changes to district regulations such as allowed uses or setbacks (text amendments). A landowner may petition to “rezone” their property from one district to another. Other amendments may be initiated by the governing body, plan commission or staff. The governing body is responsible for adopting and amending the zoning ordinance with input from the plan commission.

When considering a landowner request to rezone a property, it is recommended that local decision-makers follow the rules of procedural due process described in Chapter 2.  These rules ensure that decision-makers are impartial, that public input is confined to the public hearing, and that decisions are based on pre-determined standards. 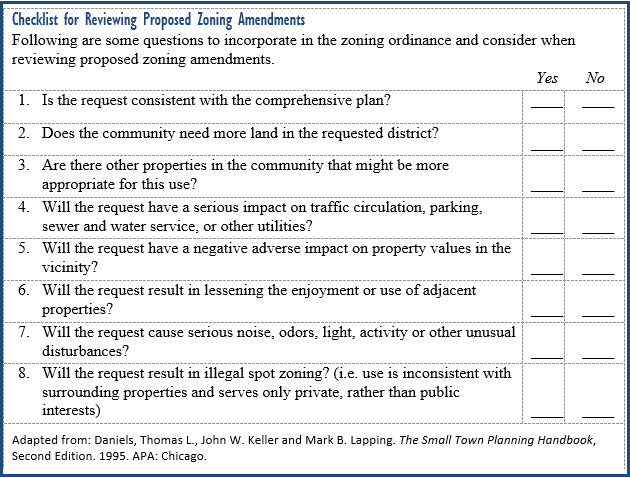 An introduction to map and text zoning amendments.