Elements of a Zoning Ordinance

A zoning ordinance contains two legally adopted components: a map (or series of maps) and text.  The map divides a community into different zoning districts (such as residential, commercial, industrial and agricultural).  The text of the zoning ordinance spells out uniform rules that apply to each zoning district including: uses of the land (permitted, conditional and prohibited uses), dimensional standards (lot size, frontage, setbacks, building height, bulk, floor area), and the density of development.

Zoning districts are mapped based on land suitability, avoidance of conflict with nearby uses, protection of environmental features, economic factors such as efficient provision of public services and infrastructure, and other locally determined land use objectives articulated in a community plan. The text describes uniform regulations that apply throughout each district. 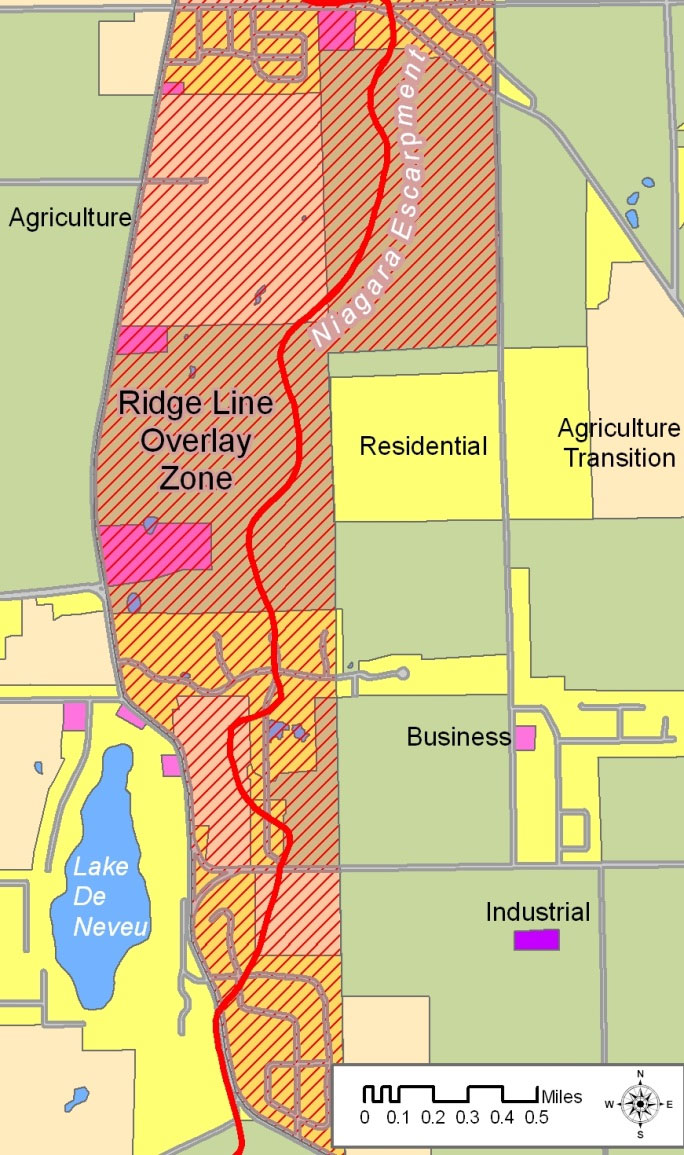 The standards associated with a base zoning district apply together with any overlay zoning restrictions.

An overview of zoning ordinances.