Dan Brick is a fifth-generation owner and producer of Brickstead Dairy in Greenleaf, WI. The family farm was established in 1848 and has been in the family ever since. In 1996, Dan became a partner with his father, Gene. In the years since, the dairy farm has expanded from 20 cows when Gene inherited the land, to the current population of 900 cows. While the operational size of Brickstead Dairy has changed over the years, conservation remains to be at the heart of this family business and the pulse that keeps the farm running. 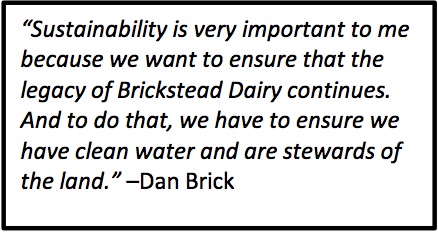 As Dan looks to the future, he is planning for the next generation of Brick farmers. Dan and his wife, Melanie, have three sons, Sawyer and twins, Ian and Elijah. The three boys love growing up on the farm and spending time out on the land. For Dan, it’s about ensuring that his sons inherit healthy soil and clean water, so they can be successful sixth generation farmers. At Brickstead Dairy, conservation agriculture has been and will continue to be a priority. 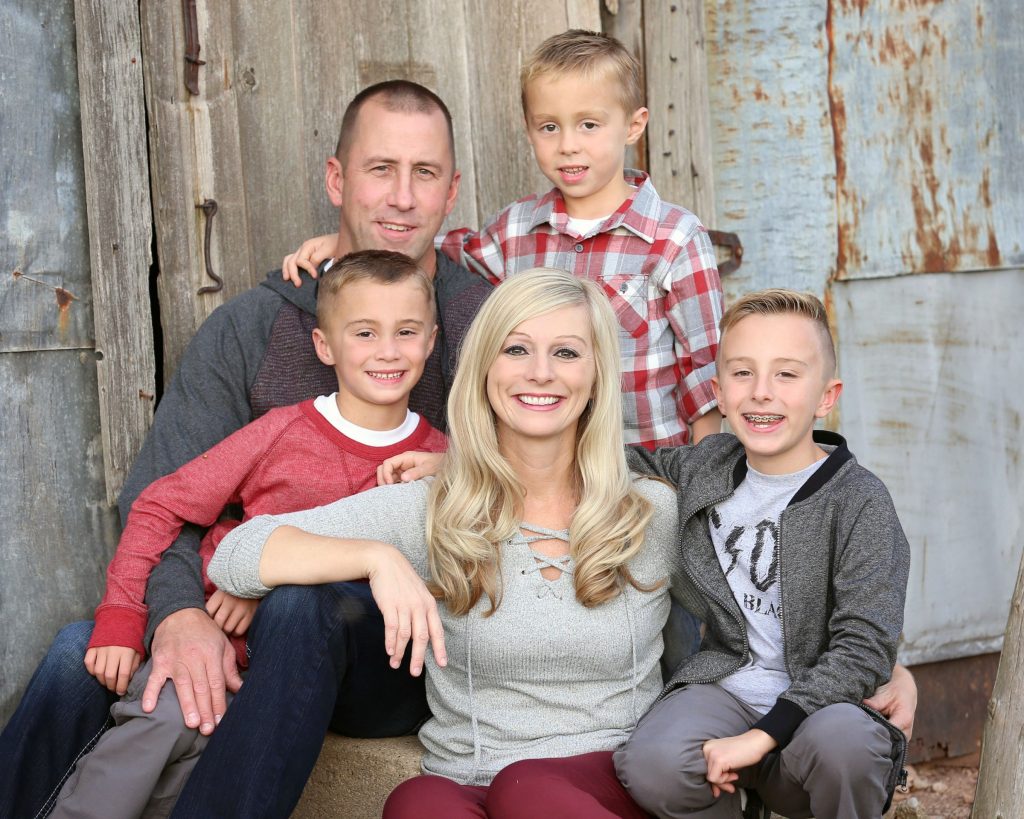 Dan’s journey to become 100 percent no-till and cover crops began in 2009, when he was first approached by a seed salesman, who introduced him to a variety of cover crop mixes. Over the next four years, Dan experimented with these mixes, as well as reduced tillage. During this time, he began to see changes in soil health; however, he knew that he had only begun to scratch the surface. To experience the full potential of conservation agriculture, he would have to fully embrace the practices. By beginning small, he gained confidence in the system and his ability to implement the practices. 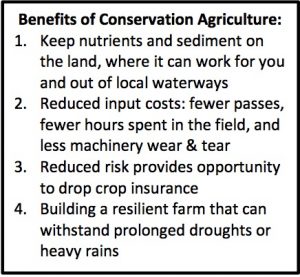 By implementing cover crops and minimal tillage, Dan began to see the financial benefits of reduced inputs; however, he knew that by expanding the practices and going completely no-till, the savings would increase. While minimal tillage was an improvement from conventional practices, he was still losing valuable top soil and its available nutrients. Dan recognized that losing soil to erosion was not only damaging to our environment and our local water ways, but that it was also damaging his bottom-line. Keeping the soil and its nutrients on the land, where they can work for him, is part of being a successful farmer.

By practicing minimal tillage, Dan was still required to own, maintain, and operate his equipment. In 2015, when Dan decided to go 100 percent no-till, he began to fully experience the benefits associated with the practice; specifically, reduced input costs. No-till requires fewer passes, which translates into fewer operational costs and fewer hours spent working the fields. 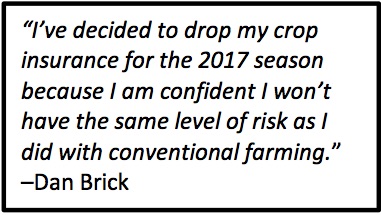 It can be difficult to break from the history and tradition of conventional agriculture. For many, there is a perceived level of risk associated with conservation agriculture. However, from Dan’s perspective, he understands that agriculture is an inherently risky business, but he believes that with cover crops and no-till practices he can alleviate a significant proportion of that risk. Having healthy soils means having soils rich in organic matter. It also means having soils with greater infiltration and absorption rates. By building up healthy soil, Dan is building a resilient farm. A farm that can withstand heavy rains, without losing valuable top soil and nutrients. A farm that can withstand prolonged droughts because it utilizes and absorbs every droplet of water received. By embracing conservation agriculture, Dan is building a farm that his sons can work and manage in the years to come. 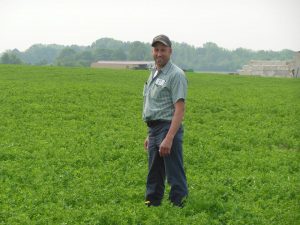 Image 1: Photo of Dan Brick in a field of cover crops.

As an active member of the Fox Demo Farms, Dan has shared his story with a wide range of audiences. From hosting field days for his fellow producers, to bringing out busloads of energetic kindergartners, to educating Members of Congress and other local officials, Dan has been a strong advocate for soil health and water quality. While Dan is a great example for where we are going, he reminds us that, “it’s important to start out simple – don’t make it too complicated.” There is a learning curve associated with implementing new practices; however, Dan encourages producers to start small and to not be discouraged by mistakes, but rather recognize them as an opportunity to learn and grow as a producer.

Dairy Strong: At Brickstead Dairy in Greenleaf, Wis., the focus is on tomorrow as much as it is on today. Gene Brick and his son Dan, fourth- and fifth-generation farmers, take seriously their roles as caretakers of the precious natural resources so important to all of us.

NRCS Success Stories: “From the Concrete to the Hypothetical: Putting the Pieces Together”