The Vande Wettering family has been farming in Greenleaf, Wisconsin for more than 150 years. Tom and Bill, represent the fifth generation to work the land and as they look to Tom’s two adult sons, Luke and Tyler, they are happy to see that the family tradition will continue for years to come. For Tom and Bill, working with family has been one the greatest parts of farming; therefore, passing down productive land to Luke and Tyler has influenced their ambitious efforts to improve soil health on their farm. 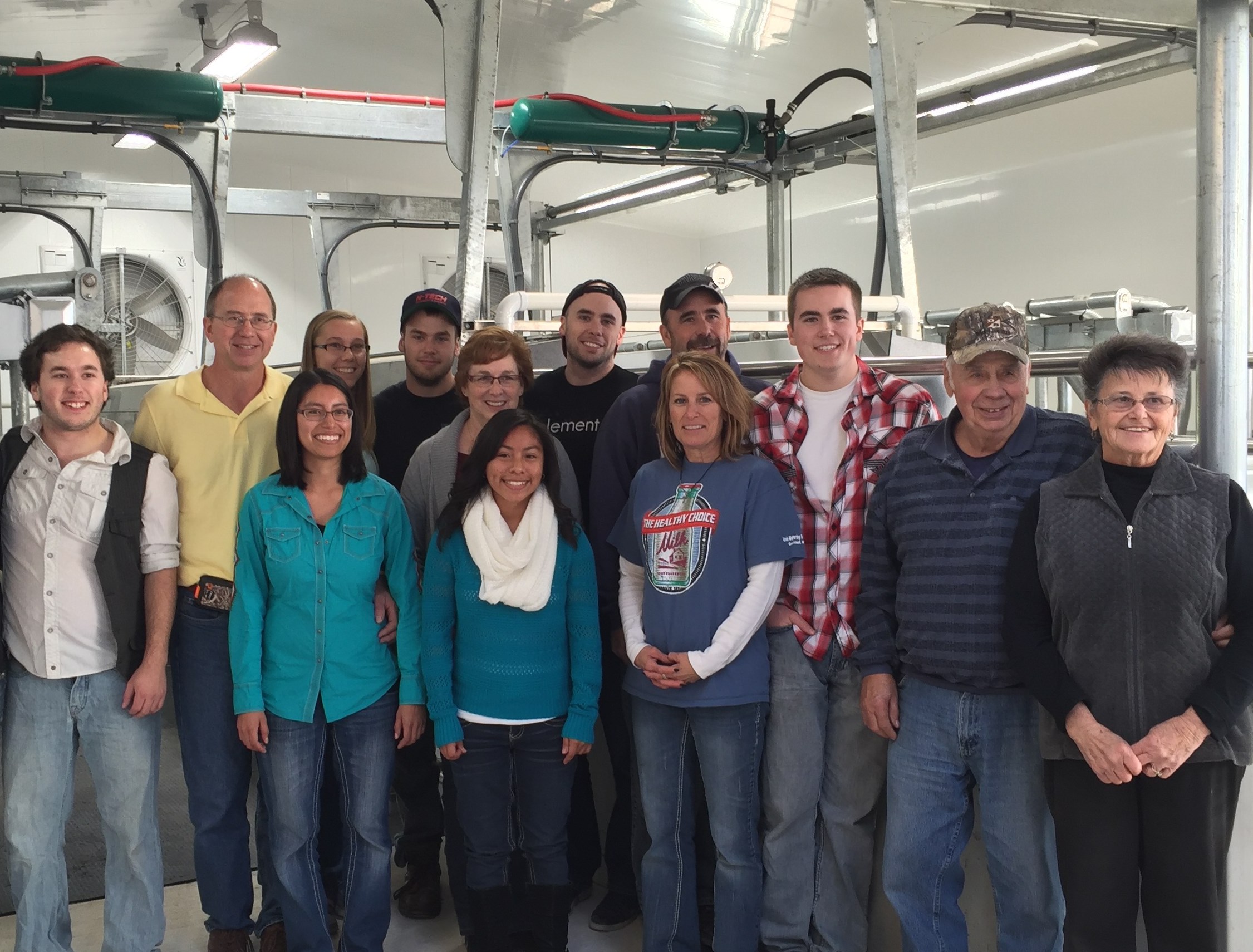 Tom and Bill began implementing conservation practices on their land in the mid-2000s. They recognized that conservation practices were not only about reducing their environmental impact, but that there was a financial savings associated with these efforts. Due to the high cost of commercial fertilizers, they wanted to ensure that the soil and its nutrients stayed on the land. They first began no-till planting; however, they quickly realized that they were not experiencing the full potential of the practice. Without planting cover crops, the soil was too hard, which made it difficult for the seed to take to the soil. One of the most important factors of no-till planting is properly closing the seed-vee to ensure good soil-to-seed contact. If the soil is too hard, it can be difficult to achieve this; therefore, creating a healthy soil structure by planting cover crops is very important. A couple years after they began no-till planting,

Tom and Bill began to plant cover crops and they both agree that they have been key to their success. Now they are experiencing improved infiltration rates, which has reduced sediment and nutrient runoff.

In 2016, Tom and Bill began to explore the potential benefits of managed grazing on their land. They began small with 25 grazing acres and plan to expand in 2017 to 85 grazing acres and 125 acres of pasture cover crops. This year they intend to rotationally graze their 65 heifers. Managed grazing has many advantages including, improved soil structure and infiltration rates, improved animal health and welfare, financial savings from reduced feed costs and labor costs, as well as improved wildlife habitat. 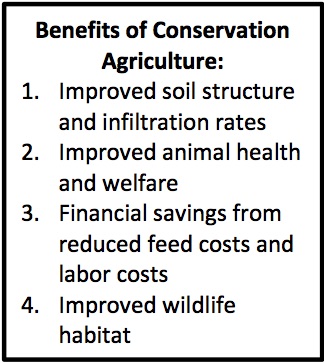 In an effort to expand their grazing land, Tom and Bill will work closely with the U.S. Fish and Wildlife Service (USFWS) and the Natural Resource Conservation Service (NRCS) to reconstruct two wetlands on their land. By re-establishing wetlands, the brothers will be providing their heifers favorable grazing conditions, while restoring wildlife habitat. As avid outdoorsmen, Tom and Bill say that the conservation practices that they have implemented thus far, such as planting cover crops, have greatly improved wildlife production on their land and they anticipate increased benefits as they move forward with their managed grazing operation.

Advice from Tom and Bill

While Tom and Bill are relatively new to the Fox Demo Farms project (joined in 2016), the two brothers have been actively working with their local County Land & Water Conservation Department and NRCS staff for years. They advise interested producers, who are “ready to commit two to three years” to reach out to their local county and NRCS agents for assistance. While they recognize it can be a challenge to break from traditional practices and convert to conservation agriculture, they say it is worth the investment and encourage others to give it a try.