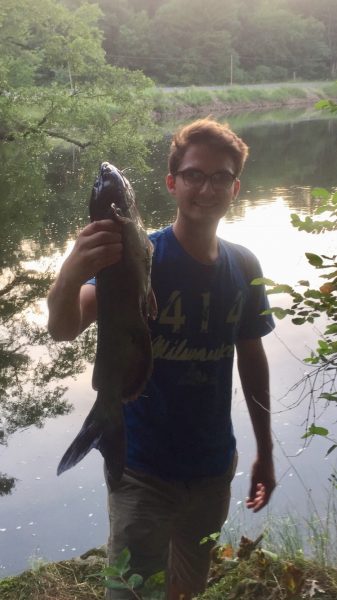 If I could describe the fishing profile of the Wisconsin River at Upham Woods in one word, it would be… slow. Maybe it’s not the best fish habitat. Maybe my fishing skills aren’t where I’d like to think they are. Whatever the reason, fish stories have been few and far between so far this spring and summer. Fishing a few nights a week, I’ve managed to land a few 10-11″ walleye here and there and a couple of smallmouth bass, but not much action otherwise. As of last Thursday night, it had been weeks since I last caught a fish here.

The two baits that have given me the most luck are spinner baits and a good ol’ fashioned hook-and-worm. So on Thursday night, I decided that I’d try out a new bumblebee rooster-tail spinner that I picked up at the bait shop earlier that day, hoping to catch-and-release some aggressive smallmouth bass. After about 2 hours, I still had no bites, but I did get to witness a beaver swim across the river, chew on some vegetation, and then swim back with a pile of plants.

I’m peacefully jigging my lure along when all of a sudden I feel the near-mythical tingling in my fishing pole that can only come from a fish bite. Instinctively, I set the hook and begin reeling in. Finally, the situation that I have been preparing for and dreaming about for weeks. My reel starts screaming and I immediately know that this is a big fish that I have hooked. I jump down from my spot onto a sandstone ledge into the water so that I have a better angle. I grab my net and try to net the fish, but it is still too far out. This fish is putting up a serious fight! What could it be? I see a tail flash under the water and think to myself, “If I can land this fish, it’s going to be a state record smallmouth!”

After a few tries, I finally net the beast and, to my amazement, it is none other than a Wisconsin channel catfish (you can tell by the forked tail), and a fat one too. What a surprise! Lures like these are meant to attract aggressive fish like bass or Northern Pike; whereas catfish are typically caught passively on stink baits such as cheese or liver. This must have been one hungry catfish! Another naturalist, Chris, arrived just in time to witness the battle between myself and this backchannel cat.  The fish measured 24 inches from tip to tail. Even if the fishing is slow at times, moments like these make it all worth it.

The next evening, once all the excitement of summer camp had transformed into a peaceful campfire, Chris and I began preparing a feast. After filleting the fish, we breaded it using a southern country-style recipe, and deep fried it along with some hand cut potato chips. This single fish provided enough meat that Chris and I really had to push ourselves to finish it all in one sitting! They say that a picture is worth a thousand words, but it can only do so much to describe taste. Let me put it this way: I think I might be trying to catch catfish in the near future so that I can have more meals like this! 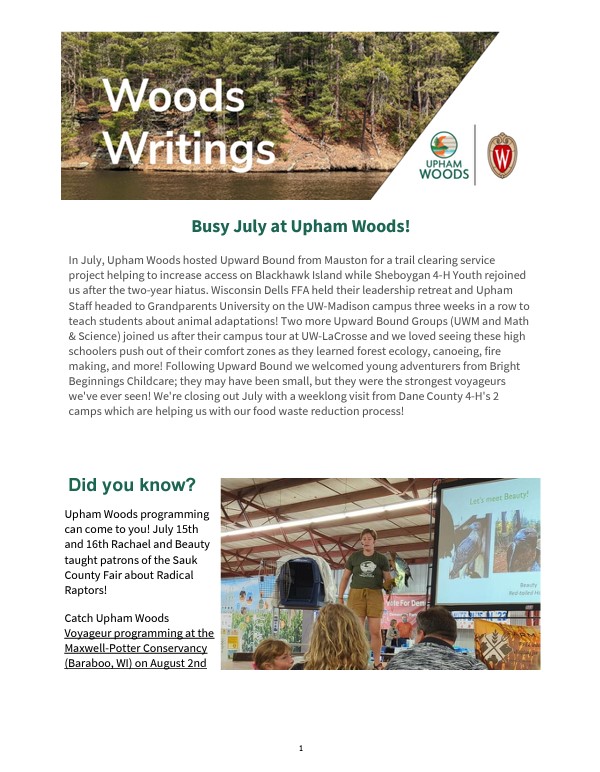